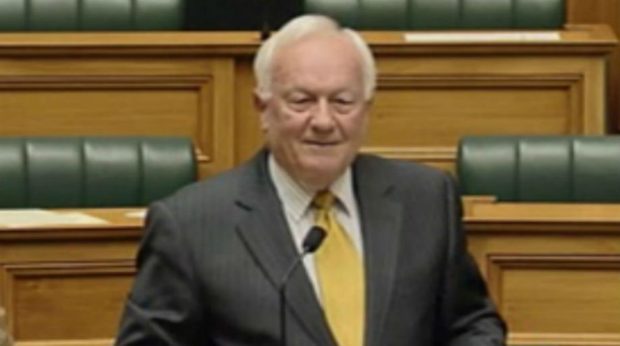 The Act party will probably be reviewing his membership. Because Roger Douglas has gone back on his pro market mantra that he has stuck to for the past 35 years and has criticised the economic privilege and inequality that he helped create.

But, unlike his contemporary Labour colleagues, Douglas said this should be achieved by reducing stimulus spending, including on things like the wage subsidy and infrastructure building.

The Government’s current policies, in particular the wage subsidy were “unfairly advantaging big business and the professional elite”, he said.

Douglas said this money would be better directed “towards assisting the newly unemployed – namely workers, their families, and small business owners”.

He has with Professor Robert MacCulloch published a paper on what the Government should be doing, and its emphasis is on reducing handouts to big businesses and dealing with entrenched inequality and poverty.

The paper includes a number of proposals including this one:

The most radical proposal was to “identify, and eliminate, unnecessary spending, privilege, and waste” from the Government budget totaling $15 billion.

This would mean cutting or reprioritising 18 per cent of the last budget. That’s roughly the amount spent of superannuation each year.

Douglas was particularly critical of the way that large businesses with healthy balance sheets had been claiming the wage subsidy, which has now paid out more than $10b.

He singled out The Warehouse and large law firms Simpson Grierson, Bell Gully and MinterEllison in particular.

“Why haven’t they been required to fend for themselves and their businesses?

“Why, when the good times suddenly come to an end, have they gone cap in hand to the Government?”

Douglas said it was an example of “the old maxim rendered true — there is never someone more socialist than a wealthy capitalist in a time of crisis”.

To be frank I believe he misrepresents the goal of the wage subsidy. It was to stop mass redundancies occurring. Without it potentially hundreds of thousands of kiwis would have been thrown out of jobs as firm after firm retrenched. With it people have been retained and the plan and hope is that things revert to some sort of normality within three months so their jobs are preserved.

And the amount paid does not cover the full wages bill but there is the obligation to use best endeavours to keep all employees in jobs. For many firms the subsidy will run out well before the 12 week period finishes.

Douglas proposes that the employee should be furloughed and the payment made directly to them. But the job is then gone. And the temptation will be that some of those jobs will not reappear as employers take advantage of the opportunity to get rid of their “worst performers”. After all, never waste a crisis.

I am pleased that for the first time in nearly 40 years Roger Douglas is on the left of me on an issue. Welcome back to the collective comrade.