Sanders is down but not out 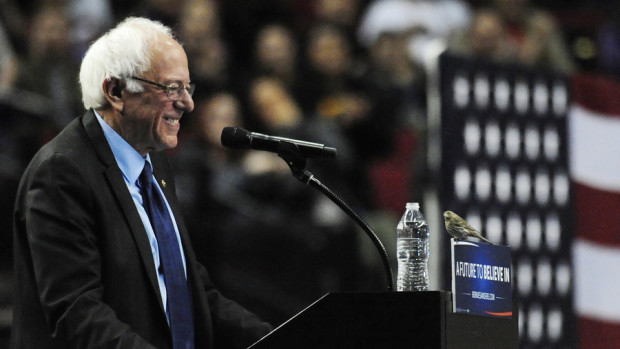 The US Presidential candidate selection processes are entering interesting stages.

On the right there is talk that Donald Trump has jumped the shark with his claim that women who have abortions should be somehow punished. His comment is that bad that he tried to back away from it.  I have never seen him back away from any of his other statements.  The advisor response must have been along the lines of warning warning danger danger …

Donald Trump was facing the biggest crisis of his bid for the White House on Thursday, after his comment that women should be punished for having an abortion produced a fierce backlash from both left and right.

It was an extraordinary gaffe even by the Republican frontrunner’s standards and, unusually, one he scrambled to retract almost at once. But the damage was done, leading the GOP establishment to suggest that Trump had finally been unmasked as a conservative impostor.

Democrats seized on the remarks as evidence that the brash billionaire was waging “a war on women” that could deliver a landslide to Hillary Clinton in the presidential election. A recent opinion poll found that fewer than one in four American women view Trump favourably.

Abortion was legalised in a supreme court ruling more than 40 years ago but remains one of the most biggest political and moral flashpoints in America. Trump blundered into it on Wednesday when, with little evidence of forethought, he said in a TV interview that abortion ought to be illegal and women who underwent such an illegal procedure should face “some sort of punishment”.

In that moment he could claim the possibly unique distinction of uniting anti-abortion and pro-choice groups in joint condemnation. Even Trump, who has constantly derided “political correctness”, realised he had gone too far. He hastily issued statements to clarify his position, saying only those who performed abortions would be “held legally responsible, not the woman”.

And the polling has been showing the effect with latest polls suggesting that his support has been punctured.  Ted Cruz must be grinning from ear to ear.

All good stuff.  Lefties the world over will watch with anticipation and amusement at the sight of the Republican Party tearing itself apart.

And on the left the MSM in the States clearly thinks that Hillary Clinton will win the democratic nomination.  She is ahead on the candidate vote.  But it is closer than the MSM makes you think.

Nate Silver thinks that Sanders will struggle to get the rest required.  Of the remaining contests the most votes are in California, New York, Pennsylvania, New Jersey and Maryland and New York is Clinton’s home state.  Silver also notes that the polls suggest that Sanders is well behind in the polls in the major states.  Although the polls have been wrong before with a predicted Clinton victory in Michigan by 20% points turning into a narrow Sanders victory.

Whatever the end result the Sanders and Trump performances so far at the ballot box suggest that there is considerable disquiet over business as usual in American Politics.  The next couple of months promise to be interesting times.

66 comments on “Sanders is down but not out ”