Seymour is dancing with the stars

Written By: mickysavage - Date published: 8:00 am, February 17th, 2018 - 33 comments
Categories: act, david seymour, the praiseworthy and the pitiful, you couldn't make this shit up - Tags:

What is it with ACT politicians and the dancing with the stars programme.  Don’t they have enough to do like carry the hopes and aspirations of the right wing in Parliament and attack beneficiaries and sell off stuff?

But ACT politicians are creating an unfortunate reputation for being obsessed with dancing with the stars.  First there was Rodney Hide. 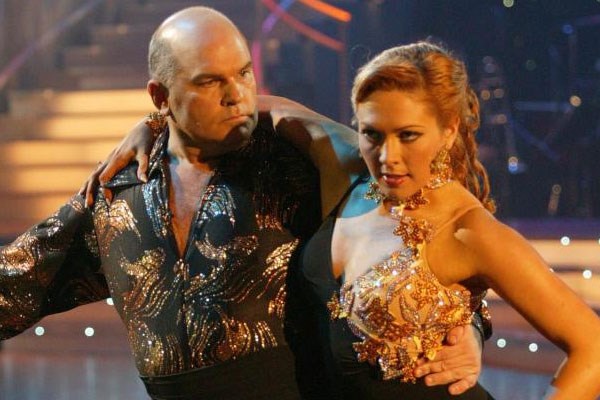 Hide received notoriety by surviving as long as he did although there was a rumour that ACT operatives were multi voting to ensure that he stayed in the competition despite a lack of actual talent.

But it could not last for ever and he was eliminated after physically dropping his dance partner.

And now David Seymour has also signed up for the competition. From Stuff:

David Seymour says he was accused of dancing once, but he was just trying to get to the other side of the room.

The ACT leader will perform on Dancing with the Stars (DWTS), a new reality television show on Three.

He’s one of the first two contestants to be announced, along with reality TV star Gilda Kirkpatrick.

Seymour said he had to begin training immediately, “because I’m probably the most disadvantaged person in New Zealand when it comes to dancing ability”.

“When you cross a politician with an electrical engineer, I don’t know what you get, but it certainly isn’t dancing ability.”

Seymour said it was important to let the taxpaying public know his first priority was being MP for Epsom, and his second was leading the ACT Party.

However, he believed he could find time in his weekly schedule to compete in DWTS, which was expected to take about 15 hours a week.

“Turns out there is a ‘beat’ in music and that there are ‘steps’ you have to learn before you dance. I am terrified,” Seymour said.

“On the other hand, there’s nothing like overcoming a fear and the charity I’m supporting is very dear to my heart. So, to borrow someone else’s line, Let’s do this!”

The politicians I know well are driven and determined to make the world a better place.  Joining Dancing with the Stars would be an indulgence none of they would entertain, especially those who lead parties.

Seymour’s decision shows his commitment to New Zealand politics.  And what a poodle party ACT is.

33 comments on “Seymour is dancing with the stars ”