#Sheepgate – Key’s cheerleaders are sent in 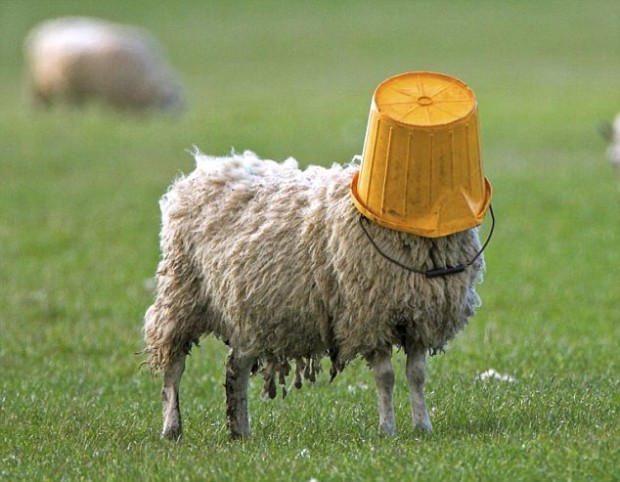 National must be hurting over this issue.  Yesterday morning we had contributions from two of this Government’s strongest leaders saying there is no issue here and we should just move on.

John Armstrong says that National has outmanoeuvred the opposition parties by saying it was all Labour’s fault and sticking to that line.  Memo to John, Key does this all the time.  He is like a child saying that he is innocent and someone else is to blame for something when clearly he is responsible.  The issue is focus grouped to an inch of its life and then Key sticks to the settled line mercilessly.  He does not budge no matter how implausible the line is.

The job of an investigative reporter should be to investigate that line and report on its accuracy, not repeat the line and then say Key won because he kept repeating the line.

So where is the evidence that it is all Labour’s fault?

Where is the evidence that the claim was to settle a legal threat created by Labour?

Nope, no evidence of this either unless he is referring to the 2003 suspension of trade in live sheep.  If this is what he is referring to then the Saudis could not sue because amongst other things too much time had elapsed and in any event the decision was well within the New Zealand Government’s authority.

Was it National’s fault?

I believe so.  National has renewed the ban of the export of live sheep since coming to power.  Following the election National commenced negotiations with the Saudis to establish a Memorandum of Understanding to resume the trade in sheep.  The course of the negotiations have been described by Richard Harman as deceitful.

The background is described in this article from Stuff:

In May 2010, MFAT officials reported back to Wellington that the dealings between the New Zealand Government and Al Khalaf group were being watched at the highest levels “possibly even by the King and Crown Prince”.

Saudi investors at that time had written to Prime Minister John Key, asking him to intervene on the issue.

“Their letter notes an increasing sense of injustice and frustration, of the New Zealand Government acting in bad faith; of being stringed along for seven years and incurring significant losses while a phantom [memorandum of understanding] negotiation was undertaken; of having their positions misrepresented; of being denigrated by animal welfare groups…

“They raise serious allegations about New Zealand imposing conditions in the negotiations that questionable under international law,” officials in Riyadh warned.

And National has refused to release the letter itself.  I wonder why?

Of course Armstrong could have analysed the background and made a judgment on the claims.  Rather than repeating parrot like that it was all Labour’s fault.  But don’t believe me.  Have a read of the comments to Armstrong’s article which are almost universally scathing of his idolatry.

The second National cheerleader, Mike Hosking has said (video embedded here) that there was nothing to see and we should all move on.  He also said there was no smoking gun.  He does not refer to the duplicitous MOU negotiations or the attempts to hide the payment.  He also thinks the payment was fine because there was a good business case.

If this is true you have to wonder at the extreme measures McCully took to hide the payment.  And if there is a threat of legal action McCully has not extinguished it and worked to keep lawyers away from the deal.  If New Zealand Inc can be sued then the payment has not taken this possibility away.

Richard Harman has gone through the recently released papers and described McCully’s behaviour in this way:

Foreign Minister Murray McCully wanted to set up his deal over the Saudi Arabian farm so lawyers and bureaucrats would not be involved.

He did not want the payments to the Al Khalaf Group called “compensation” for the losses they suffered as a result of New Zealand’s ban on the export of live sheep for slaughter.

And his aides were busy instructing the Al Khalaf Group what wording to use on their invoices even before the Cabinet had approved the project.

Harman also theorises, correctly in my opinion, that “what Mr McCully appears not have bargained on was that all these papers would become public.”

Hosking’s reasoning fails in one important particular.  Despite the expenditure of $11.5 million of New Zealand taxpayer’s money we do not have a completed trade agreement with Saudi Arabia.  Not only does the payment have all the hallmarks of a bribe it also appears to have failed in its objective.

As for Hosking’s comment that no one is talking about sheepgate I disagree.  Every time I say to someone that the government has spent $11.5 million of our money setting up a sheep farm in a Saudi desert and flying a flock of pregnant ewes to Saudi Arabia and that most of the lambs subsequently died the usual response is to laugh.  The proposition is pythonesque in its idiocy.

So we have the payment of a failed bribe, a sheep farm in a Saudi desert where most of the lambs died, negotiation of a MOU with a foreign state where National’s behaviour has been described as duplicitous and an active attempt to avoid legal and bureaucratic oversight.  And Armstrong and Hosking think that National is on the right side of this issue.

Harman thinks that a privilege complaint alleging Mr McCully has misled Parliament cannot be out of the question.  I could not agree more.

62 comments on “#Sheepgate – Key’s cheerleaders are sent in ”