Written By: mickysavage - Date published: 11:03 am, January 5th, 2017 - 155 comments
Categories: the praiseworthy and the pitiful, you couldn't make this shit up - Tags: Michelle Boag, peter leitch 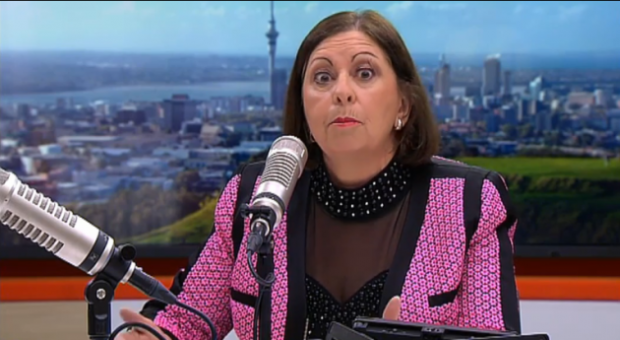 Peter Leitch, aka Mad Butcher has been in the news lately.

A passing comment to a young Maori Woman Lara Bridger has made the news and after two days the story is still going strong.  She was upset that he told her that Waikeke Island is a “white man’s island”.  The context of the surrounding words is somewhat although not very important.  She says it was in response to a claim that she was Tangata Whenua and had been born on Waiheke Island and that he should acknowledge this.  He says that it was in response to a claim by her that she was Tangata Whenua and could do what she liked and that he said it was a “white man’s island too”.

Bridger was that upset she posted a video on Facebook.  After the video started to go viral she took it down.

Since then the incident has spiralled out of control.  In these news empty days has dominated the media.

Leitch hired Michelle Boag to sort out the media shitstorm that had developed.  She has set out to douse the fire by pouring huge amounts of petrol on it and then using a flamethrower. She claimed that Bridger only did this for publicity which is rather belied by the fact she took the video down. She also said that Bridger was “barely coffee coloured”. Can you imagine a better way to insult a young Maori Woman clearly proud of her heritage?

Leitch should just apologise for the hurt he clearly caused and work on the way he expresses himself and thinks about current issues.  I am sure he did not mean it and that he is not a racist.  But modes of expression and ways of thinking that may have been acceptable in the 1960s are no longer acceptable.

Update: As pointed out by Siobhan in comments Boag just keeps digging and has said “[Lara Bridger’s] a very attractive colour – and I aspire to a tan like that every year. So there was no offence [intended].”

If that hole gets any deeper they're going to need to get resource consent. https://t.co/K1w3P45LS4

155 comments on “Some lighthearted banter ”