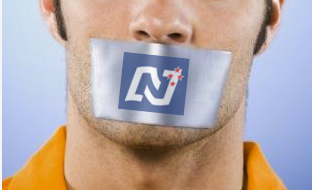 John Key and his National Party have a long and dishonourable record of trying to shut down those who speak out to oppose them.

The most outrageous case was Key’s attempt to shut down the “we would love to see wages drop” story by putting pressure on a journalist and his employers (to the extent of trying to get him sacked?). This led to the unprecedented response of Herald journalists writing a letter of protest over Key’s political interference. A close second, Bill English, bullying journalists who were covering the story of his personal hypocrisy and greed. Nick Smith has tried the same tactics, National tried to shut down a KiwiSaver story, and let’s not forget the attempt to muzzle the DHBs, or the repeated (also failed) attempts to silence the 50,000 Kiwis represented by the EPMU. These are just examples that we know about – how many more?

Boards get warning over standards

School board members have been warned not to sign a petition protesting against national standards, even if they personally object to them. Boards have also been reminded they are legally bound to implement the standards and can take employment action against principals who block their introduction.

Opponents of national standards’ immediate implementation have called the warnings an affront to democracy.

The Dominion Post has obtained a copy of the email, addressed to board chairs and sent by School Trustees Association president Lorraine Kerr this week. Principals were excluded from distribution. Mrs Kerr confirmed yesterday the email’s intention was in part to tell board members that even if they opposed the standards they were legally obliged to implement them. It would be “unwise” for any board member to sign a petition against national standards, the email said.

This is outrageous. In a democracy people are entitled to speak out. Board members are elected by their communities and charged with the care and development of the pupils in their schools. They have more than the right, they have the duty to speak out if they think children’s education is at risk, as it clearly is from the blind lumbering elephant that is “national standards”.