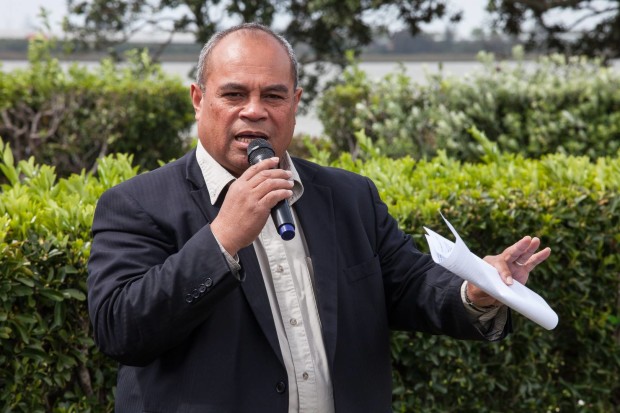 When the dust has settled on Climate Change negotiations at the COP21 Paris meeting, America, New Zealand and the many other industrial nations will return to the comfort of their homes for a well-earned break. The world media will return pleased with their coverage of the Paris conference.

France will congratulate themselves for a job well done in hosting a safe and robust conference. Environmental activists will return home satisfied they have pressured industrial nations to do the right thing by highlighting the hypocrisy of promises made versus the opposing actions of some nations who say one thing, and does something else. But what about the Pacific Island nations?

Pacific island leaders attended COP21 determined to fight for their right to live in their Pacific island homes. They were very clear that it is the economic activities, the fossil fuel appetites of industrial nations that is accelerating climate change. The destructive effects of climate change is causing harm at a rapid pace to the most vulnerable, low-lying atolls, such as Kiribati, Tuvalu and the Marshall Islands.

The sea levels are constantly rising with each incoming tide, destroying crops, undermining foundations of homes, roads and disrupting economic activities. Eventually the most vulnerable islands will be under water. The acidification of the ocean also undermines drinking water supplies. It destroys food crop supplies and damages flora and fauna. The reality for the Pacific island nations is that they are now almost at a constant state of emergency with storms and hurricanes becoming more frequent and more intense.

From the start of COP21, the Pacific Island Countries had wanted a Treaty that was legally binding on all nations. From their perspective it wasn’t just about the islands, it was about saving the world from itself. However, it wasn’t what the USA, New Zealand and others wanted. The industrialized countries instead framed the debate to focus on a non-binding agreement.

Pacific island nations were united on a 1.5 degree temperature limit. Others championed a 2 degree limit, arguing that 1.5 degrees was too hard.

Industrial nations committed billions of dollars to the Green Climate Fund but made it extremely difficult for Pacific Island nations to access these funds for damage control projects.

Embarrassingly, New Zealand showed itself up as a weak leader, earning itself dishonorable recognition for both Messers Key and Grosser’s contributions with two Fossil of the Day Awards. I suspect both will be content. Mr Key will fly off and holiday in Hawaii. Mr Groser will take up a new posting as Ambassador to the USA.

For the Pacific and its peoples, when all is said and done, and irrespective of the text of the final agreement, and when everyone else has returned safely to their homes, the Pacific delegations will return to face their reality and the constant quest to find answers to address their real and immediate plight.

How do we survive the constant onslaught of climate change impact? Merry Christmas.

25 comments on “Sua William Sio: COP21 and the Pacific Islands ”