The gods of greed 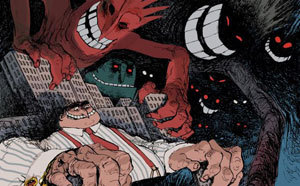 The Guardian has extracts from a new book by Larry Elliott and Dan Atkinson, The Gods That Failed: How Blind Faith in Markets Has Cost Us Our Future, in which they explain “how the reckless speculation of a super-rich elite has left us all the poorer”.

They promised economic stability, order and prosperity. But instead the world’s bankers have delivered chaos, debt and uncertainty – and then blamed the feeble governments that surrendered control of the global economy to them…

Definitely worth a read: part one, part two, part three, audio of interview with Larry Elliott.