The Greens are thinking ahead 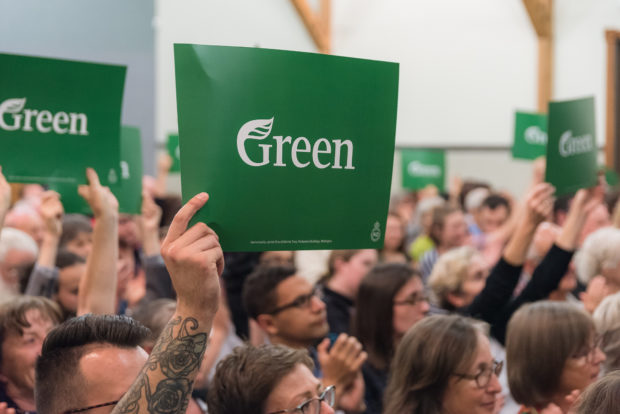 The Green Party has been busy.  And unlike the National Party whose definition of “policy announcement” is to announce a new road, they have come up with an impressive policy document Think Ahead, Act Now: Our Green Vision for Aotearoa which is clearly designed to be a starting point in a future MMP negotiation and a blueprint for how a Labour Green government could work.

Of the document Marama Davidson has said this:

“In the upcoming weeks we will launch key, visionary, costed policies that are focussed on climate action, healthy nature and equality.

“Those announcements will be the driving force of what we want to achieve in the next term of Government.

“Sitting underneath those key priorities is this wider policy platform that speaks more broadly to who we are and what we stand for.

“It’s a bold plan for Aotearoa, where everyone has what they need to thrive, our precious natural environment is protected, and communities are supported to be truly sustainable.

“Successive governments have created a system which favours a few at the expense of the rest, while allowing nature to be degraded.

“COVID-19 has shone a light on the glaring holes in our system, but has also provided a rare opportunity to renew our communities and our relationship with nature.

“The Green Party knows we’re at a crossroads, and we must make smart decisions now to create a New Zealand we’re proud to pass on. The policy platform we’re releasing today shows just how committed we are to transforming Aotearoa for the better.”

The document is impressive.  There are separate sections for healthy nature, fairer communities and a green economy.  The document itself is 49 pages of concise policy proposals.

Time and space prevent me from doing a detailed analysis but it contains policies such as these:

The water proposals will go some way to respecting the Treaty of Waitangi:

The Oceans policy will not please the Talley brothers:

Proposed changes to the Bill of  Rights Act are interesting:

Their poverty action policies are heading towards a Universal Basic Income:

As well as this:

Their climate change policies, which appear in all sections, are impressive and include these:

And their workplace policies are, checks notes, more pro union than Labour’s.

There is a lot more.

The proposals are thought through and impressive.

Clearly we need a Labour Green Government without the hand break of a New Zealand First coalition partner.

New Zealand please do what is necessary.

126 comments on “The Greens are thinking ahead ”