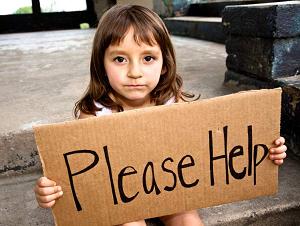 Today I am proud to launch Best Start – Labour’s plan to give every Kiwi kid the best start in life, from before born, through early childhood and into education.

There is no year more critical than the first. That’s why today, I am announcing that for 59,000 families with new-born babies, they will all receive a Best Start payment of $60 per week, for the first year of their child’s life.

The usual suspects climbed into it.  The numbers breeding for a business would apparently explode because of this state largesse.  Then the media started to attack because although $60 per week was promised the figure would actually abate for those also receiving paid parental leave.

Paddy Gower attacked and gave John Key the perfect opportunity to go on the offensive.  According to Key:

When I read the speech and looked at it, I thought absolutely you got it for the entire year your child was under one year of age.  I think David Cunliffe is being very tricky. I think he’s actually trying to mislead the New Zealand public.”

Both of Labour’s policies involved significant improvements to existing state provision.  Paid parental leave payments were greater so First Start would apply after paid parental leave was finished.  This detail was in the policy and was part of the costing.  David Cunliffe also said that the fine print had to be worked through and obviously Departmental advice would be required.

When the left put good policy in the public domain the right says it is bribery and fiscal ruin and when they do it it is suddenly prudent.

If you want to get a tenor of the reporting at the time you could watch this stand up from David Cunliffe which took 9 minutes and 20 seconds and during which he answered a variety of questions on the topic.  You can then read this Paddy Gower article where he said that during the stand up Cunliffe had “buckled under the pressure” and had “thrown his toys out of the cot” when he “walked out” of the stand up conference.

Fast forward to 2015.  In the Budget Speech English said

On 1 April next year, benefit rates for families with children will rise by $25 a week after tax.

It will be the first time core benefit rates have been increased – apart from inflation adjustments – since 1972.

This increase to benefit rates comes after widespread reform of the welfare system, so we’re confident it will have a positive impact on the lives of beneficiary families and children, rather than contribute to further dependence.

What was missing from English’s speech was the acknowledgement that the actual increase would almost inevitably be less and in some cases families would not see any increase at all.  As noted by Gordon Campbell:

That headline figure for the increase in benefits was misleading. No-one will get an extra $25. The real figure is a maximum of $23 in the hand when the simultaneous (and miserly) deductions in income-related rents and other forms of assistance is factored in. By late last night, Work and Income were clarifying that these abatement rules meant that many beneficiary families would receive an increase more in the nature of $18, and some families would receive nothing extra at all. Moreover, the figures seemed plucked out of the air, rather than based on any research into existing levels of need. Plus, the relief is deemed to be so urgently needed it won’t actually arrive for another eleven months.

Get that?  Apart from the delay in implementation which rather belies the claimed urgency National’s headline figure is greater than it will be in reality in most cases.

Instead of media questioning of the bona fides of the policy we have been fed a never ending stream of comments on how the policy is “smart politics” even though the provision is limited, will be smaller than the headline figure in most cases and is accompanied by ridiculous work requirements which will cause hardship.

60 comments on “The media and two child poverty policy releases ”