The Non-Partisan Populism of Popper’s Paradox I cannot help but note that the criteria to call yourself anything and identify as anybody nowadays have become more stringent and next to impossible (and beyond ridiculous). The Label Approval Bureau is extremely vigilant in safeguarding dogmatic orthodoxy and the selection process of decorating badge-wearers and bumper sticklers.

The Bureau and its self-appointed and self-anointed Guardians do not shy away from militant aggressive authoritarian online action and punishment in the form of tribal de-patching to force compliance with and absolute subservience to The Manifesto. Some call this ‘cancelling’ while others call it ‘bullying’; the impact is the same. 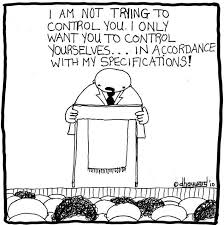 The Manifesto is an obscure writing that mainly exists in the interweb hyperspace and especially in the Social Media sphere. Some even doubt its existence but its manifestation is real, hence its name.

Popper’s Paradox is utterly unhelpful in formulating an effective practical approach against this rising intolerance and dogmatic thinking. In fact, I am starting to think that it has given some the idea of a philosophical ‘justification’ of their adversarial and antagonistic behaviour towards others with whom they have some beef. It would not be the first time, and most definitely not the last, that the thinking and writings of a great mind would be twisted and transformed into almost the opposite of its original meaning and intention. I do not need to give examples to illustrate this point.

People who like the sound of their own voice (too) much tend to be poor listeners. They also tend to react poorly to dissenting views and dissonant voices. The flipside is often that the so-called dissenters become louder and more radical because they have to in order to be heard. When you are shouted down or denied a slot, you do not just shrug your shoulders and walk away in seething silence; get mad and get even.

Aotearoa-New Zealand is not immune to this human disease. Government is considering reforming our hate speech laws based on the premise that they are currently inadequate. Government is also looking at regulation of the interweb. Is (more) regulation necessary and, if so, how?

There might be a different answer, a less heavy-handed one, but one that appears to be no more than a distant dream at present.

This warring between polar opposites will continue indefinitely with apparent winning and losing of minor battles like the festering wound that never heals, causing ongoing trauma and suffering and potentially even culminating in death from systemic sepsis and poisoned minds. The healing will involve the slow and gradual closing of the wound, bringing together the opposite sides until they touch, merge, and seal the gap that once was.

United we stand, divided we fall. There is more to this famous motto than meets the eye, in my view.

91 comments on “The Non-Partisan Populism of Popper’s Paradox ”