The political strategy of Winston Peters 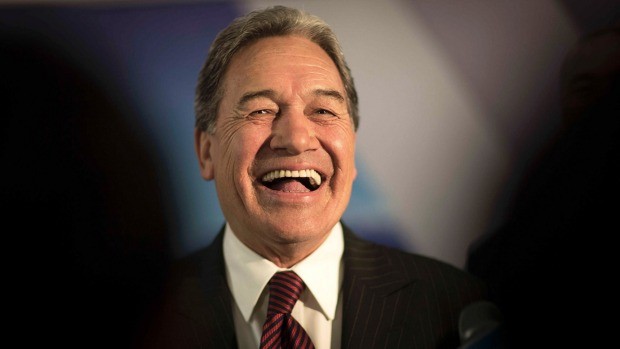 We are right in the middle of a balancing point. The New Zealand political order is in a formless and non-functioning state, yet when I walk outside our entire society is functioning as before. It can take a lot for national-level politics to actually affect the daily lives of people.

In a coalition government, the necessary compromises make that task even harder. For all parties but especially minority parties to affect any change, they need resolute strategy.

Good strategy corresponds not only to your objectives, but also to the way people work and the way the world works. That’s the fundamental Machiavellian proposition. Do what works. Don’t do what sounds nice but doesn’t work.

We rarely if ever in politics get to the heart of that proposition: How do people work? Mentioning Machiavelli, we might get images of long declamatory speeches from movers and shakers clothed in yards of sumptuous brocaded cloth.

MMP feels like it has done away with our capacity to have any kind of strategy at a national level. This is so wrong, because on the contrary, MMP government puts high pressure upon every component to operate with the precision and designed purpose of a photocopier, page after legislative page, and all components know how they are essential for it all to continue.

Without a layman’s awareness of political philosophy, it is difficult to develop coherent strategy that gives such coherent political purpose. Agreement about values or philosophical principle are not necessary. For even if we disagree on philosophical propositions, active awareness of them exposes baseline shared interests. The debates around the formation of the Treaty of Waitangi disagreed over philosophical premises and conclusions. But they found sufficient agreement in a few important things. The Treaty of Waitangi is not as inspiring as it could be – there is for example no great optimistic preamble as there is to the U.S. Constitution. But once those gathered at Waitangi had thrashed those common interests out, they could begin the difficult process of compromising. Consequently, for all its flaws, our Treaty has been proven to deliver one of the best ethnically integrated countries on earth. A pretty good strategy benchmark for an MMP negotiation, in short.

Now take this little excerpt from an apology issued by Airbnb last year:

At the heart of our mission is the idea that people are fundamentally good and every community is a place where you can belong.”

That’s a good example of political philosophy driving business strategy. But there are competing philosophical options. What if people are not fundamentally good? What if any person really can’t belong to any community? If wrong, the strategy is corrupt, and entire success in doubt.

He’s not delivering an exercise in mere civility. The political philosophy he is displaying seeks to describe politics from the ground up, since it deals with mandate and the processes to exercise mandate, of law, rights, ethics, and morality.

Here’s a quote from U.S. Undersecretary of the Army Patrick Murphy.

Most Iraqis want what we do: peace, security, good-paying jobs so they can feed their family, and they like to play sports, too, like soccer, just like we do.”

Interrogating our political philosophies, and expanding the set that we can draw from, may help us better evaluate our expectations of ourselves, our allies, and our enemies.

It gives us a moment for those on the left, for example, to note that class is not the only source of our problems. Equality of power and wealth does not make terrible problems go away. They keep on coming.

But of those several options, we only hear two of them used regularly to explain human political behaviour: interest and class. So I have a pretty clear sense that Winston’s party represents something far more interesting than interest and class: it’s a layering of very complex realms of nostalgia and loss, regional belonging, how tensions between between city and country undercut the concept of inevitable progess, of pressured social stratas with precise cultural markers, of very complex Maori identity formations, of the deep social meaning of the 1950s and 1960s to current New Zealand identity – and he embodies it all intuitively and succinctly in who he is and how he works with people.

That kind of person would celebrate election night and strategise the results on the beach of the oldest settlement in New Zealand, the earliest sustained meeting ground of Maori and European: the Duke of Marlborough Hotel in Russell, Bay of Islands.

What Winston Peters is doing in these interregnum days is enabling us to revisit political philosophy, and it is a powerful practise for the strategist. It helps us keep in touch with the long national and global game (and by game I mean the capacity to identify and disrupt patterns of broad causality at speed). Revisiting and refining political philosophy helps us do what works because it helps us identify the ways that people work, together.

The life of a contemplative philosopher and that of an active statesman are, I presume, are not the same thing.”

To a degree. Statesmen, busy public servants that contribute to developing national strategy, don’t have to be philosophers.

But Winston Peters is showing that in order to be more effective, they need at least a working knowledge of political philosophy. He is making us focus on how people work. He is giving all sides the time to think deeply and seriously on such topics, because without it the foundations of our strategy may be skewed or altogether false, and in particular without it an MMP government will fall. Skewed strategies may then lead us to places inconsistent with the core values of our nation. This is the rare moment to name them. And ignorance of political philosophy within strategy will miss the purposes for which strategies were created in the first place.

Winston Peters is showing us that revisiting and refining political philosophy helps us do what works because it helps us identify and describe the various ways that people work. It’s a good moment to watch and learn.

13 comments on “The political strategy of Winston Peters ”