The problem with free market capitalism 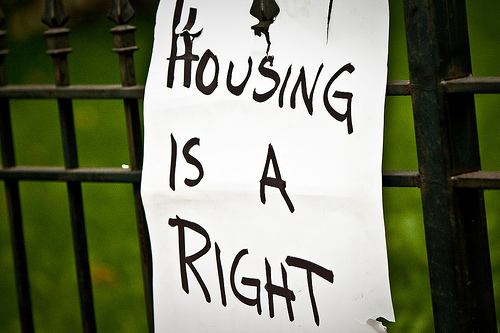 This morning’s Herald contains a story about an individual who has purchased eleven houses over the past five years and can now afford to play World of Warcraft all day.

Gary Lin says he started buying houses only so he could play World of Warcraft on his computer all day every day.

Now he’s a multimillionaire who owns 11 rental properties in the soaring Auckland market.

And he is more than happy to increase rentals depending on market conditions.

It is hard to work out the purpose of the article apart perhaps from serving as click bait.  But the story does highlight an increasingly disturbing problem and highlights the weaknesses of the current economic system.

Firstly it neatly skewers one of the myths of the system, that anyone can make it through hard work, where even the son of a refugee can become the Prime Minister.  While in days gone by New Zealand’s society was egalitarian, to make it now you need to have a wealthy father in law willing to gift you a sum of money most people can only dream of.  And it is interesting that the Prime Minister’s biggest cheerleaders are those who had privileged rather than modest starts to life and want to preserve that privilege.

Secondly you have to wonder what contribution the individual concerned is making.  Renting out existing houses to desperate tenants and playing World of Warcraft every day contributes nothing whatsoever to the society, apart from eleven families having to work harder just to pay the rent.  Private enterprise has been responsible for many fantastic technological and innovative developments.  Investing in existing houses provides no such benefit.

Thirdly the real estate inflation caused by this sort of activity drives up personal debt and increases our exposure to Australian banks.  We are borrowing more and more money to buy the same houses off each other.

And finally but most importantly this activity ensures that the rich become richer and the rest become poorer.  If you accept the market is always right and this is an inevitable occurrence then you are probably fine with this.  Of course the contrary argument is that everyone is free to engage in this behaviour but not all of us will own eleven tenanted Auckland residential properties.  Just like a ponzi scheme it is a system where most people will inevitably fail and pay for the success of the few.

The recent changes made by the Government appear to have have had a beneficial effect (yes you read that right) and Auckland’s runaway house inflation appears to be stalling.  But more is needed.

For instance Germany regulates house prices and officials have the power to reduce the price payable for an apartment even if the parties have reached agreement.  The German economy has not suffered, in fact it seems clear that there are benefits in this approach.  Forbes Magazine describes the benefits:

How does all this contribute to Germany’s economic growth? Locke, a prominent critic of America’s latter-day enthusiasm for doctrinaire free-market solutions and a professor emeritus at the University of Hawaii, notes that a key outcome is that Germany’s managed housing market helps smooth the availability of labor. And by virtually eliminating  bubbles, the German system minimizes the sort of misallocation of resources that is more or less unavoidable in the Anglo-American boom-bust cycle. That cycle is exacerbated by tax incentives which encourage citizens to view home ownership as an investment, resulting in much hoarding and underutilization of space.

In the  German system moreover,  house-builders  rarely accumulate the huge large land banks that are such a dangerous distraction for U.S. house-builders like Pulte Homes, D. R. Horton, Lennar, and Toll Brothers. German house-builders just focus on building good-quality homes cheaply, secure in the knowledge that additional land will become available at reasonable cost when needed.

So imagine having as a policy setting the maintenance of housing affordability to help the stability of the labour force and to avoid housing bubbles.  If only …

249 comments on “The problem with free market capitalism ”