The states of John Key – Conclusion

Final of a series by Guest poster Blue.

The boy who wanted to make a million dollars and be Prime Minister has got his wish. Now that he is top dog, how long will he want to retain that position? Several commentators have expressed the view that Key will step down within a few years. Key himself has strongly indicated that he wants more than one term as Prime Minister, but beyond that is uncertain. He is not a political lifer like many of his colleagues, and being PM is stressful even for someone as perpetually â€˜relaxed’ as he is.

He is fairly typical of a certain breed of political leader power-hungry and slightly allergic to telling to the truth, but with a powerful ability to charm that wins over hearts and minds and glosses over any faults. Key undoubtedly has the common touch even as a multi-millionaire with a life far removed from that of most New Zealanders, he manages to come across as an ordinary, down-to-earth Kiwi bloke.

Key has sometimes been accused of being a â€˜do nothing’ PM, lacking vision, and governing by opinion polls. However, perhaps his greatest political strength is that his opponents underestimate him. Key’s game is about boiling the frog slowly. He makes small, gradual changes here and there, nothing too big, nothing too alarming, flying under the radar. He’s subtle and cunning, and hides it all behind a dopey, cheery smile.

Key has set New Zealand on a path of significant right-wing economic reform without most people even being aware of it. If he wins the next election in 2011 his softly-softly approach will take the country further and further down that road.

The biggest danger for him is the possibility that the frog will notice it’s getting kind of hot and jump out of the pot in the same type of public backlash that finished off the last National Government back in 1999. 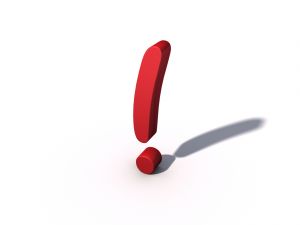 Key’s duplicity with the electorate in this way is not malicious. He seems to genuinely believe that the end will justify the means that the right-wing economic agenda will deliver a strong economy and a better standard of living for all New Zealanders, if only they give it a chance to work.

His reputation for playing high-risk stakes comes into play here the livelihoods of 4.3 million New Zealanders are on the line for his big gamble on New Zealand’s future.

28 comments on “The states of John Key – Conclusion ”