The states of John Key – The drivers

Second of a series by Guest poster Blue. 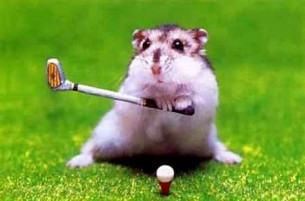 The biggest clue is how when he was younger, his aim in life was to â€˜make a million dollars and be Prime Minister’. His sisters describe how he got in early practicing how to play golf, because ‘he’d figured out that business guys have golf lunches.’  He was fascinated by politics, especially by Robert Muldoon, but didn’t take a strong position on any of the contentious issues at the time. He studied for a commerce degree and pursued a career as a currency trader.

The motives of the man above are not difficult to discern. Power and money are the two things that drive him. After he had acquired the fortune he sought, he turned his interest to his other love power. Politics for him is not about championing a cause, it’s about being top dog. One of National’s own MPs says in the Herald’s biography that Key ‘seems to harbour a deep instinct to be the most important guy in the room,’ and the biography further says that ‘if an outsider comes in who might challenge that status, Key is said to almost physically transform to take up the challenge.’  He did not get into politics to serve, but to rule.

Key’s time as PM has largely been spent preserving the power base of his own personal popularity not to mention showing off his power and status with photo ops, a Letterman appearance, and his own JK PM’s Pinot. Much has been made of his â€˜relaxed’ style, but commentators have called his day-to-day political management sloppy. He is more interested in the status than the responsibility of power. Key is perfectly happy to leave others to do the work while he goes on holiday or to another photo-op.

His constant jokes are another sign of his need for dominance. Often seen as a mark of a relaxed and friendly personality, Key actually demonstrates a need to be the man who makes everyone laugh. There’s power and status involved in comedy it’s about being in control of your audience and commanding the reaction you want. If you can make someone laugh you have power over them. It’s a potent political tool because audiences don’t see humour as a power play it can disarm the most hard-bitten journalist and defuse the most hostile town hall meeting.

So, now that Key has the top job, what to do with it? That’s not an easy question to answer, because John Key essentially doesn’t have any principles. It’s something that has won him praise from the media for being â€˜pragmatic’ and not â€˜ideological’. It seems strange that a politician with no principles should be the ideal, but it does help him as a political operator if something proves unpopular, it’s no hardship to him to shelve it and move on.

Key doesn’t have a strong position on anything not to do with finances. He is neither a liberal social reformer nor a conservative reactionary. His main aim with anything not about money is just to not damage his popularity. Figuring out some cheap and easy people-pleasers like â€˜getting tough’ on law and order and implementing national standards in schools is enough to maintain the illusion that National has policies on non-financial matters.

The real aims are all economic. Key and National want smaller government, and since coming to power they have laid off public servants, cut spending, given significant tax cuts to the wealthy and business, strongly hinted at selling off state assets, set private ownership of prisons in motion and introduced measures cracking down on social welfare. It is worth noting that this is a considerably more right-wing agenda than the National Party campaigned on back in 2008, with its appeal to â€˜Labour-plus voters’. They have largely gotten away with it by using the recession as a catch-all excuse.

In addition, National have played their hand carefully when it comes to restricting worker’s rights and cracking down on unions. The ghost of the Employment Contracts Act has ensured Key approaches these issues carefully, not wanting to bring about a public backlash, but doing enough to tip the workplace balance of power significantly more in favour of the employer.

However, despite his focus on growing the economy, Key has become known for blue-sky ideas that turn into expensive white elephants. The PM’s cycleway and the idea of a â€˜Party Central’ for the Rugby World Cup are two notable examples of grand sweeping ideas that are impractical, costly and exist for little more reason than to gratify Key’s ego.

21 comments on “The states of John Key – The drivers ”