The strange case of the Judith Collins support website 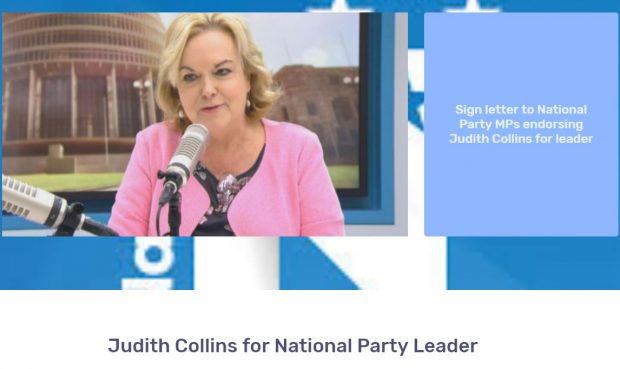 The leadership campaign for National is getting strange.  A support website for Judith Collins has spontaneously appeared.  And it is registered to what looks like a false identity but Collins’ Parliamentary office has been provided as a contact address for the site owner.

An anonymous website backing Judith Collins for National Party leader is registered to her electorate office address, has a fake phone number, and what appears to be a fake identity.

The website BackJudith.nz said it is “in no way endorsed by the National Party formal hierarchy, or Judith Collins” – a view Collins echoes.

The electorate office address is publicly available and there is nothing to stop a person not associated with the office using it.

But a domain name lookup on the service whois has the website registered to her office address with the phone number +64 123456789.

The name associated with the registration is Raquel Ray.

There is no online or ownership records of a Raquel Ray in New Zealand, save for a recently set up Facebook account and a smattering of Official Information Act requests to Callaghan Innovation.

That photographer told Stuff the person in the photograph was someone else not named “Raquel Ray”.

Stuff has sent an email to the address listed in the website’s domain.

Collins herself said she and her office had nothing to do with the website.

“Well I know that nobody in my office would actually be able to do that,” Collins said.

She assumed it was someone who really did want to support her and simply remain anonymous.

“I presume it’s not someone trying to cause difficulty for me.”

If her office had set it up secretly “using my work address would be a really dumb thing to do.”

The address for the site was set to Roselands Shopping Ctr, 98 Great South Road, Papakura, Auckland which is where Collins’s office is located.  This is either evidence of extreme ineptitude or of a possible smear campaign.

And there is reference on twitter to the site being a Nationbuilder site although reference to this on the site itself has been removed.

No comment has been made yet by the person most likely to be involved.

Nationbuilder sites allows for collation of supporters data and they have some nifty integration tools for social media.

It will be interesting to find out who is actually behind this site.  And if Parliamentary Services resources were used.

Update:  And the site has now disappeared.  But clearly was a Nationbuilder site … 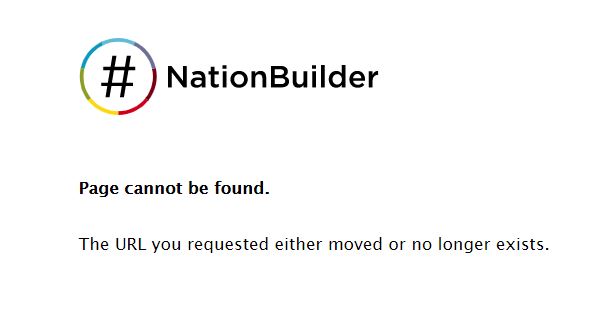