Todd Muller is no Jacinda Ardern 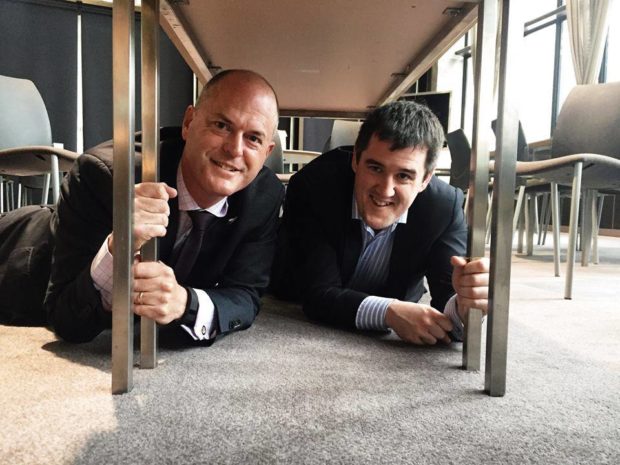 It was a big day yesterday.  I thought National’s abysmal polling would take its toll and it did.  Simon Bridges is now a footnote in the history of New Zealand and Paula Bennett is neither deputy leader nor proud to be a westie. Todd Muller is the new leader of the opposition.

Who is Todd Muller?

I have no idea and if I don’t then most of the good people of Aotearoa won’t.

Has he lit up Parliament?  He did on one occasion but it was as the interjector, not the speaker.

It was his interjection during Chloe Swarbrick’s speech on the Zero Carbon Bill that let to her retort “OK Boomer”.

This should be tatooed on the foreheads of all boomer politicians, of which as a class I am a member.  We have performed poorly.  Climate change is almost out of control.  We need to do better and should have done better.

Thus Todd Muller became an integral part of one of the most culturally significant events of the past 12 months.  But on the wrong side.

When I go through Standard posts where he has been mentioned I can only find very few. I see that he was rational about climate change and managed to get National to agree to the Zero Carbon bill. Big tick.

He was broadly supportive of the Government’s EV Vehicle feebate policy which Simon chose to attack.

But he did get into battle with Te Papa because it dared to suggest that dairy farming was not good for the environment.

The overwhelming feeling I have about Todd is one of Meh. He does not appear to be as conservative as Simon Bridges wanting to drive New Zealand back into the middle ages. He is willing to side up to Nikki Kaye and so must be prepared to be relatively liberal on social issues. He appears to be mainstream in economic terms, wanting to ensure good business conditions.

But I have no idea what he stands for.

My impression is that he is John Key without the back story and without the pizzazz. Key had the benefit of years of soft media and framing as National’s new hope.

Muller has none of this.

He feels like a relatively decent human being, from a rich background, bright enough to engage in issues at an intellectual level and to realise that the world is in a big mess.

And tribal enough to want to keep onside with his party.

But he is no John Key.

And he is certainly no Jacinda Ardern.

151 comments on “Todd Muller is no Jacinda Ardern ”