Too many jobs being created 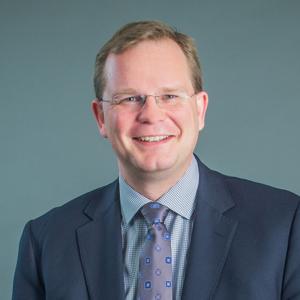 As predicted by the ANZ Bank’s dire business confidence surveys, today’s unemployment data revealed that unemployment has fallen to a disastrous level of 3.9 percent, its lowest rate since the global financial crisis a decade ago.
This bleak news follows the catastrophic GDP data showing the economy grew at 1.0 percent in the June quarter and the even more calamitous $5.5 billion government budget surplus for the year to June.
“This confirms all our worst fears that predicted the economy and the country are going down faster than Donald Trump,” said ANZ Bank economist Philip Dorkin. “We were totally confident that our Business Outlook Survey showing the lowest business confidence since the GFC would deliver the recession all we bankers wanted. Investor confidence was at rock bottom, so this is hardly the result we wanted.”
“It means banks like the one I work for, that are close to receivership with a derisory $2 billion profit, will have to close even more branches and jack up fees even more just to survive.”
The September quarter jobs data showed the latest quarter jobless rate fell from 4.4 percent in the June quarter due to a 13,000 (10.5 percent) drop in those surveyed as unemployed and a strong rise in employment, up 29,000.
The employment rate rose to 68.3 per cent, the highest rate on record since the series began more than 30 years ago. Some 8000 fewer women and 5000 fewer men were unemployed while youth (15–24-year-olds) unemployment fell by 11,000. There were 6000 fewer youth unemployed and not in education, which led to the not in employment, education or training (NEET) rate falling to 10.1 per cent.
“This is as close to an unmitigated disaster as it is possible to get,” said Business New Zealand chief executive Kirk Hopeless. “The ANZ Bank’s Business Outlook survey has unquestionably and consistently shown the economy was heading for recession, if not a repeat of the Great Recession.
“How can employers expect to push down wages when you have such low unemployment? Not only has the $11 billion fiscal hole that former National Party Finance Minister Stephen Joyce so truthfully forecast not eventuated, but you have the economy growing at a healthy annualised rate of 4.0 percent,” Hopeless said.
“If this continues, along with the current display of unity inside the National Party, you could see Labour in office for three terms, and imagine the havoc that would wreak.”
New Zealand Initiate Executive Director Oliver Hartless said there had to be questions about the data.
“You have a pathetic, divided Labour-led government that is delivering strong job growth, the economy is singing along as fast as it can possibly travel and the budget is running surpluses that are only going to get bigger due to the strong jobs growth.
“This can’t be allowed to happen,” Hartless said.

14 comments on “Too many jobs being created ”