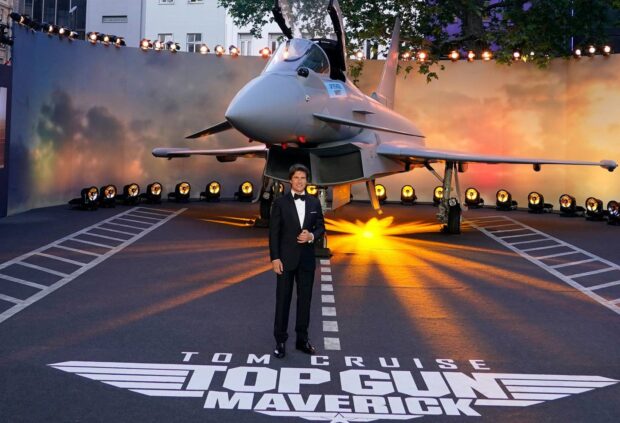 We are entitled to love Top Gun.

The new version of Top Gun out now is sure to give rise to little think-pieces about how comparable the situation in the Ukraine is or is not to Desert Storm in Iraq or any other US-military led war. Or isn’t.

The close relationship between Executive Producer Jerry Bruckheimer and the US military is multi-decade deep and has led to some of the most detailed appreciation of their military operations one could possibly wish for. The idea of screen creativity as an heroic node of resistance to power is now rendered silly. There’s little point asking whether his productions as Top Gun or Transformers are not assertive recruiting and propaganda pieces for joining and serving in the US Navy and its air carrier capability. They are also enormously profitable and popular with English-speaking audiences: even 30 years later there is a demand that they be remade and that they are better than ever. Rottentomatoes already has this version critically and audience acclaimed at 94%.

While Bruckheimer and Hollywood are entitled to their fictions, similarly there’s little point complaining from New Zealand when our own entire film and television industry is built upon a whites-only German-Nordic-English fiction of pleasant pokey pastoral pride overcoming all evil in the world through multi-front war and death by the hundred thousand: Lord of the Rings x 3 prequelled by The Hobbit x 3.  That fiction worked so well it altered the entire economic, social and cultural outlook of the country.

So let’s move beyond the bleeding obvious, and ask the question: why is it so easy to still love Top Gun?

It is more accurate to describe New Zealand as in the same position as the mother and father Bennetts in Pride and Prejudice: New Zealand is one of the smallest, weakest, most distant and least important countries in the world. Its inventions are agricultural, its thinkers have few followers, its political order and influence miniscule, its corporations don’t grow and conquer. So like the Bennetts, New Zealand is not rich but it still acts like it is.

To succeed in this world New Zealand deploys Austen’s feminine agency and comports itself to attract skilled workers, and specific kinds of capitalist and capital, to deliver outcomes far in excess of its station in life. It has to be asked to dance, and it knows it.

New Zealand aspires, despite its station, to be a part of the 1% from the lowered position most of us have.  Unlike our richer and more tactically astute cousins the Australians, we have no savings of our own to get there. So in the time-honoured tradition of social capital formation providing the grip onto the ladder-rungs of social mobility, we marry up to global capital. But we can only put a suit on to catch the eye of Tom Cruise when we’ve finished milking the cows.

They may or may not bring fighter aircraft with them, they may be ageing around the eyes, but we are still entitled to be entranced by them in either theatrical or commercial forms.  They and their fictions are necessary. They are, like it or not, our way out of where we are.

That’s why we’ve see Ardern sign up one more time with the US this week, in Tokyo and now in the US with Blackrock and the usual roll of beltway exchanges.

And so, turning our eyes once more to all that economic and military power, we will in our hundreds of thousands still queue up to Top Gun.