US Attorney General William Barr’s summary of the Mueller report says that there is no evidence the the Trump team colluded with the Kremlin in the lead up to the Presidential election.

However, it does appear to confirm that the Russians were at least trying to get on board with the Trump campaign, with multiple attempts to gain leverage. 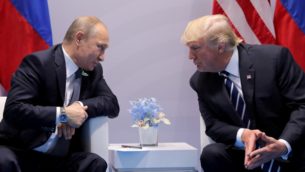 Additionally, Mueller does not say that Trump is clear of attempting to obstruct justice. This is significant, as other law agencies are still involved in ongoing investigations into matters surrounding the paying off of Stormy Daniels and others.

However, all in all, this is a good result for Individual 1 . 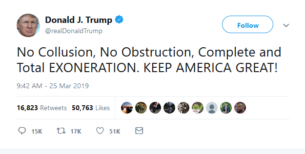