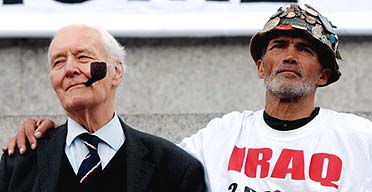 Great photo of Tony Benn and Brian Haw from the anti-war march held in today in London (via The Guardian).

Fantastic that a compromise between police and protesters was reached and the march was able to end in Parliament Square.

Pictures below from Reuters. 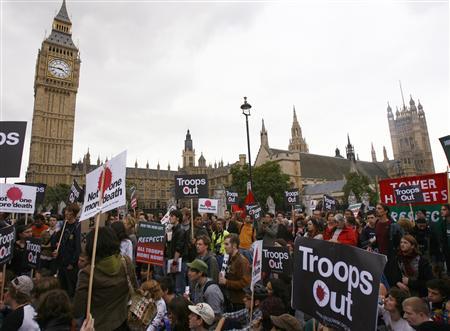 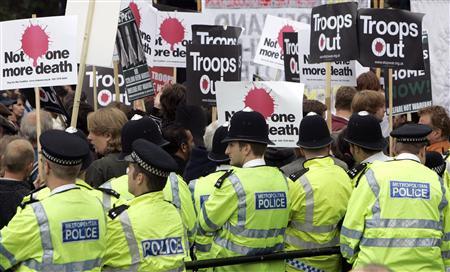 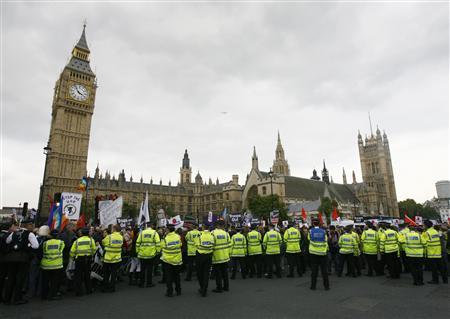