Growing numbers of women in the workforce pushed New Zealand’s unemployment rate down to a new record of 3.4 per cent in the December quarter.

The rate dropped 0.1 of a percentage point from the September quarter, which itself had been the lowest unemployment rate recorded since the Household Labour Force Survey started in 1986.

Strikes me that as this trend continues the Nats will increasingly struggle to get traction with the argument that the drop in benefit numbers is illusory.

With more people in work, fewer people need the dole. 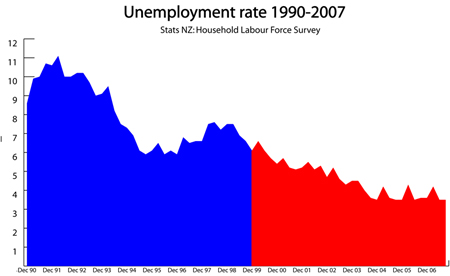