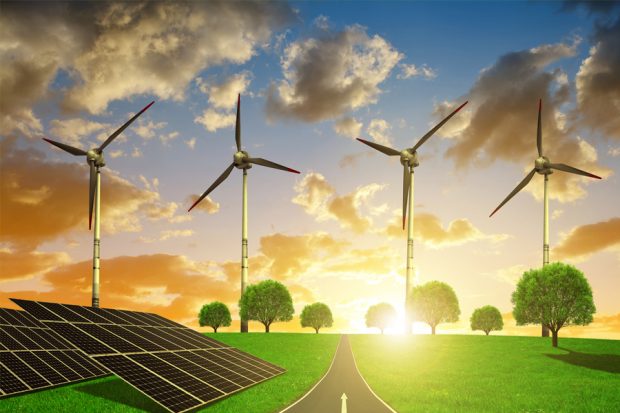 Europe is leading the global fight against climate change by rapidly shifting away from fossil fuels. This now includes fully renationalising energy companies and forced decreases in gas use. What could New Zealand learn?

In the wake of the pandemic, Europe was rocked by disruptions in its energy supply that caused prices to surge – even before the turmoil triggered by Russia’s invasion of Ukraine. Now those forces have combined to put Europe’s energy transition onto something of a wartime footing, testing the limits of an accelerated timeline to adopt new technologies and leaving consumers footing much higher bills.

Putin’s invasion of Ukraine has driven the continent back towards coal in the short term, but there may have to be warp-speed deployment of green energy this decade.

As of late last month, all EU states will be banned from allowing the sale of combustion engine vehicles by 2035. This is on the continent which hosts SEAT, VW, Ferrari, Mercedes, Audi, Porsche, Volvo, Peugeot, BMW, and all the others we have known to grow and love.

Norway, Sweden, Netherlands and Germany have been well underway preparing their car users for this. Others, well, it’s going to be more of a shock.

Over the last fortnight, France and the UK have already renationalised energy companies, ready for greater political oversight from impending massive energy disruption.

The UK government has also started to put in place a windfall tax against petroleum companies.

Germany had signalled that it was ready to renationalise, and then did so.

While the Prime Ministership of Boris Johnson was falling apart, Britain’s government passed a law to fully accelerate their energy security strategy. Once you get past the spin, it’s substantial.

Across Europe there is a simple truth: there just isn’t enough energy to go around anymore. Russia is severely limiting supplies to Europe, French President Emmanuel Macron is grappling with an ageing fleet of nuclear reactors, and a lack of regulatory oversight means British gas and power providers sold cheap energy without considering the return of a commodities supercycle.

Gazprom PJSC is choking exports through all major pipelines to Europe, so there’s real risk European nations won’t be able to store enough up for the next winter season. Putin is driving Germany and other states back to coal in the short term and even an heroic deployment of green energy will not see them through the incoming pain. It will likely be the sternest test of the EU. Screaming consumers can quickly turn into motivated voters that destroy governments.

New Zealand is in the exceedingly fortunate position that its electricity supply is about 88% renewable and for a large part not reliant on foreign fuel to fire its heaters and dehumifiers. Even its key exporter, Fonterra, uses local coal and is getting out of it. Finally.

New Zealand farming is already one of the most carbon efficient in the world, though there’s always room for improvement.

With renewable electricity on one hand and oil vulnerability on the other, our total renewable energy stands at 40%, only bettered by Iceland and Norway.

Our key instruments to improve on this vulnerability are still in state hands if we have the plan to use them:

New Zealand still has 51% stakes in Genesis, Mercury, and Meridian. This government is despite political talk a passive shareholder who tends to let the Electricity Authority do their regulatory work rather than be an assertive shareholder.

New Zealand still has 100% ownership of Transpower the main grid supplier and operator. It is unfortunately heavily regulated by the Electricity Authority. The new Chair Dr Keith Turner issued a stark warning on our vulnerability to energy supply just days ago: “We are living on borrowed time“.

Whatever regulatory or political oversight over the actual prices for electricity we suckers have to pay hasn’t worked.

And so to oil. The New Zealand government allowed the sale of Z Energy to Ampol and the shutdown of Marsden Point, so we very much now operate as an Australian branch office for oil and petrol supply and distribution.

Rather than take strong regulatory steps against either fuel or electricity generators, the government has acted to spend several billion subsidising to dampen the fuel spike and extended it to the start of 2023. On international benchmarks New Zealand has below average taxes but the highest fuel price if you take that tax away.

It has also halved public transport prices for the potential 85% of us who live in cities, though it is a hard ask getting us back to pt use in such a pandemic infection state. It also strongly directs its Departments and its contract bidders to buy electric fleets.

New Zealand is in an extraordinarily vulnerable state for transport fuel and it is going to get worse in the next year. The Russia-Ukraine war and its effects continues to destabilise markets, the European continent leads the world on transition, but the electric car shift in New Zealand is coming off a very very low base. New Zealand is 4th in the OECD for car ownership rates and we’re just not set up to change that.

New Zealand is thus getting deliberately more reliant on both oil and electricity but isn’t making the public controls to hasten the shift with any urgency –  particularly when you see EU countries of all political stripe leading the way through energy supply and price spikes.

Surely a Labour government with all the international cache it is ever going to have, could at least follow the lead of governments from Conservative to independent to Social Democrat and take sufficiently strong action that our energy security is assured. Because right now we are one of the least energy secure countries on earth, and the world is energy-scary right now.