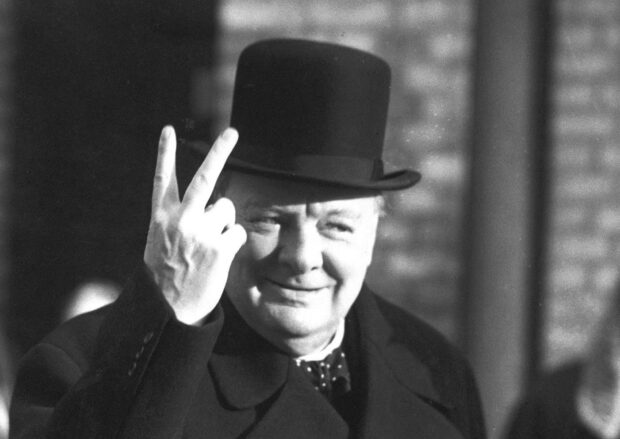 Yesterday was Aotearoa’s V day, the day that we reached the goal of having 90% of the target population vaccinated against Covid.

The milestone means nearly 3,800,000 people have rolled up their sleeves for two Pfizer doses.

It comes hot on the heels of the three DHBs in Auckland’s metropolitan area reaching the target.

Seven of the country’s 20 DHBs have now reached 90 percent double-vaccination, and a handful of others are on track to reach the target in the next few days.

Ninety-four percent of the eligible population nationwide have had their first dose.

Auckland’s Counties Manukau District Health Board hit the vaccination target of having 90 percent of its eligible population fully vaccinated yesterday.

That means all three DHBs in the Auckland region have hit the vaccination target. By yesterday Auckland DHB was sitting on 95 percent and Waitemata DHB was on 92 percent.

It is clear now that cases of Delta Covid have peaked and cases are on the way down.  From @Farmgeek’s excellent visualisation of the data: 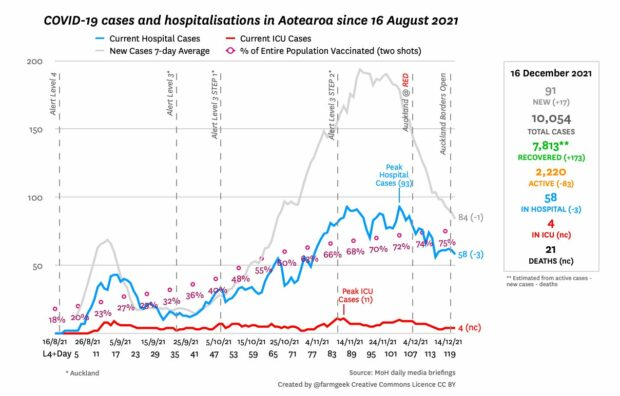 We still have an extraordinarily low death rate and it is pleasing that hospitalisation and ICU rates have both peaked.  But vaccination rates for Maori are still too low and we need to keep working on this.

There are still major grumbles.  National continues to attack all aspects of the policy.  Remember how the vaccination roll out was described repeatedly as a shambles?  I kept saying it was not the start that mattered but the finish.  We are now in a position where the finish line is in sight and we are well placed to further reduce the incidence of Covid.  And our vaccination effort is world beating.  Who would have thought that we would have crushed 90% and be looking at a vaccination rate of 97% in some areas?

National’s comrades in the anti vaccination movement continue to rage against the machine.  Their paucity of understanding of what is going on is matched by their inability to find things out.  Scheduling a protest at Parliament the day after Parliament has finished for the year makes you wonder what it is they want to achieve.

National’s latest attacks have been on MIQ.  They want the borders open, now.  There is an active group engaged in litigation against the policy and suggesting that keeping us safe from the rampant spread of the virus through quarantining is a breach of their fundamental rights to come and go as they please.  All I can say is good luck with that argument.  In the middle of a pandemic significant limitations on the right to move in and out of the country are perfectly justified.

Like every other objection National has raised this one suffers badly from timing.  Overseas the Omicron variant is surging and infection rates are soaring, particularly in the United Kingdom.  And with the variant now in Australia continued MIQ is absolutely warranted. The variant may or may not be less dangerous.  But vastly increased numbers can still overwhelm the health system.  And Australia in particular is in the midst of a nasty surge.

Only WA with no community cases now? pic.twitter.com/Gtp2uwiZBO

So currently the country is heading in the right direction and still has one of the best responses to the pandemic in the world.  But eternal threats continue.  The virus and the Omicron variant can never be taken for granted.