Victim tales of the right

In trivia news over in the US at present, there is the unedifying sight of the right trying to portray themselves as victims. From the Economist blog “Democracy in America” on Mitt Romney’s political ad:

Now this is all pretty much on a par for Mitt Romney who looks to be a bit of a political liability. I’d normally just ignore it except for this analogy to the local political scene. 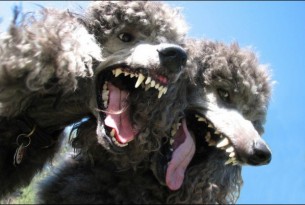 Throughout the election our two local National poodles have been trying to portray Labour as the “nasty party”. This is a meme that was just ignored by Labour and by virtually every other intelligent commentator. But it is part of the “victim” ethos that some idiots on the right try to cover themselves with.

For instance in 2008, Cameron Slater tried to attack my previous employer for no other reason than one of my servers was still listed as being a secondary DNS server to them. There are many other people he has attacked for what appears to be no more than bilious reasons or because someone sicced the mutt on to them. David Farrar usually yaps around the edges in his politely ineffectual style while trying to look nice and clean. Yet any attack on them is invariably described as being nasty or the like…. It is a common trait on the right.

So read the following for how daft this “victim” meme gets for the right.

Meanwhile, I think this week’s “false equivalency award” should go to Ken Rudin on NPR’s “It’s All Politics“, who in response to co-host Ron Elving came up with this gem:

Ken Rudin: I still think the DNC hysterics over the Romney ad are way over the top.

Ron Elving: Well maybe the DNC hysterics are over the top, but an awful lot of journalists also pounced on this and said, this is the very first ad Mitt Romney has put out as a presidential candidate in 2012, and this is the way he chooses to represent his opponent. What kind of signal does that send about the kind of campaign that Mitt Romney’s planning to run?

Ken Rudin: Look at the campaign President Obama is running, running around the country saying how deceitful the Republicans are! So it’s going to be a dirty campaign, we know that.

Yep, that is right way of campaigning. Take your own behavior and start saying it is the other guy wot was doing it – and it is all their fault…. If someone criticizes you, then start saying that they’re “nasty”

Just sounds like a Whale of a technique doesn’t it*

* Mind you, the fool would be just following the example of John Key who was harassing Phil Goff about “show me the money”, when in 2008 John Key notably didn’t have a single credible figure to back up their mysterious bullet point “policies”. Consequently we’ve been borrowing money to pay for those stupid policies ever since.

26 comments on “Victim tales of the right ”