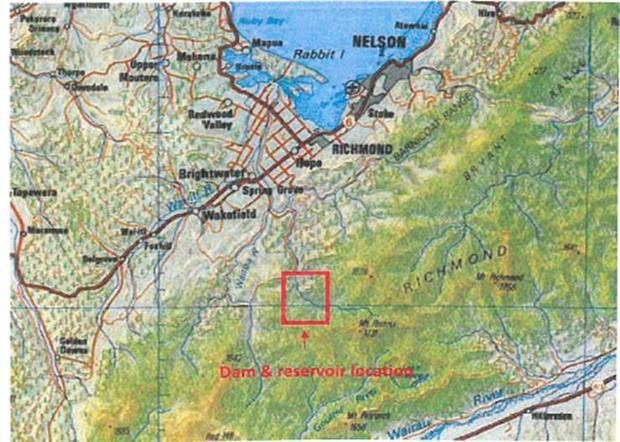 According to Stuff, National and Labour have “come out of their respective blue and red corners to back the proposed Waimea dam in the face of Green criticism.”

Local MP Nick Smith supports it. His Labour party rival Rachel Boyack said the project stacked up economically and environmentally, and Labour in government would honour any existing Crown commitment to the scheme.

That has a full document library within it, including the economic analyses, water management plans within the Tasman Resource Management Plan, and has the granted Resource Consents and conditions for you to plough through. At least skip through the summaries please before opining below.

On the Tasman Council site there’s a full document library.

Construction tenders are already well into their final round of evaluation. There are no land take issues. This one is going to get built, in the next parliamentary term. It’s not unreasonable to argue that this is a local issue best considered by locals who will deal with its effects good and bad.

But dams are topical. Labour and National agree on this one, but the Greens oppose it.

So there’s a debate to be had about New Zealand’s productivity-per-hectare. Kate Fulton, the Green party candidate for West Coast Tasman, asks the big questions of Tasman Council: “What is their vision for their region? How do they want their land to look in 50 years’ time?” I have a sneaky feeling from the documents I’ve skimmed through that Tasman are seeking more and more of the same: highly intensified horticulture like apples and hops needing certain water supply. Same for the burgeoning water needs of Nelson and Richmond.

To my mind, the Tasman area is a great counterfactual to the Mackenzie Basin. Mackenzie Basin previously ran extensive sheep farming, but is getting more and more intensified into dairy. Yet at the same time is getting a higher and higher profile from tourism through the Alps to Ocean cycleway. Currently there’s a good chance that the MacKenzie Basin water-irrigated dairy will put the alternative and less damaging industry at risk.

So water-accelerated per-hectare productivity is a very blunt instrument. Water-accelerated per-hectare productivity linked to crops that are expensive to produce but demand an absolute premium on world markets is IMHO better. The Tasman Council can see that this kind of future needs a lot more water than on-farm storage will ever allow. So can National and Labour. There’s money to be made, security to be gained, and productivity to improve.  And therein is the politics of water.

I saw Bowalley Road complaining about large projects under National governments representing some apparently Stalinist approach to economic development. Even the most disruptive dams in New Zealand have had very significant benefits to us all. As he would be aware, they were installed by both National and Labour governments over many decades in a far less democratically responsive era. Chris Trotter has not yet found an economic development policy he agrees with – and it’s high time he did.

Beyond economic development and the allowable scope of public agency, is public subsidy. This dam won’t pay for itself. It will need contributions from Nelson City Council and central government. That makes it come into the cross-hairs of public policy.

After the colossal failure of Ruitaniwha, is the Waimea Dam a chance to get the vexed question of per-hectare productivity right with a dam? Or are the risks not worth our public dollar?