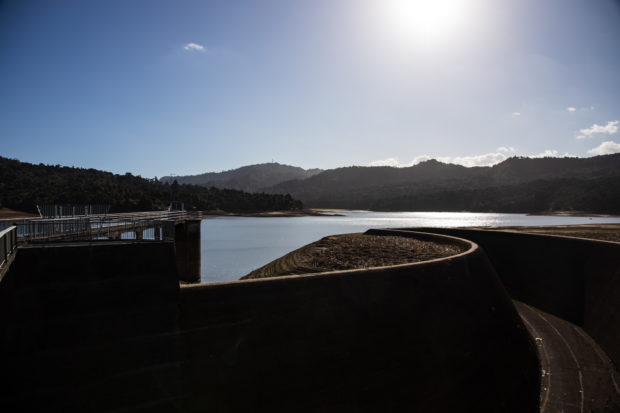 If the 3 Waters reforms can survive its attacks and be implemented, a consequence will be that we are going to have a most enormous nationwide economic argument about the price of water and who pays for it all.

The politics of water will be loud and permanent.

We need to dig deeper into the politics of water, in particular water metering.

At a parliamentary level if any water reform is to survive we are going to need to get to a place where nearly all of Parliament agrees on the right way to manage water. One that rests the survival of our water system and New Zealand’s existing biosphere. That will mean threading the very difficult political terrain between water as taonga and water as resource and water as commodity. We’ve done it on climate change, we can do it on water.

Currently, political and bureaucratic careers in councils can live and die on whether they propose metering or not.

From 1 July 2022, people in Christchurch who use a lot of water will be metered and pay extra for their water supply. If you use more than 700 litres a day (about 100 toilet flushes) attract a targeted rate. Over 1,000 litres a day will get a charge of $1.35. Of course most households won’t do that and won’t get an invoice.

For Auckland, water metering came in 1990-2006, and that together with the big drought of 1994 saw water use per capita plummet and stay down. Total water use has grown as population has grown.

For those holdouts like Hamilton, water metering is a whole lot more likely under these reforms. Their pain delayed is pain magnified.

The four new water services entities will be not-for-profit and will have a range of social and cultural objectives that won’t be easy to measure with typical financial instruments used by regulators. We need to see the detail of how the regulator will operate once Minister Mahuta reintroduces her bill.

The government wants the four new water corporations to take over running the country’s drinking water and wastewater supplies in 2024. The reforms to stormwater networks are more complex and will likely take longer to implement.

I have a sneaking suspicion that the price of water is going to get hotter no matter what. It’s been in the mind of Treasury since at least 2013.

But there’s a really big step between one basic level of regulation which is open information disclosure (like District Health Boards used to), and the big step of putting in costs and fines in a price-quality regulation. I think it would take a few years before Directors of these entities would sign off on asset and investment plans that they could trust and hence be held to account on. I mean if you were a water entity director and were signing your reputation to the Asset Management Plan of Gore, would your signature finger pause for a moment? Mine would.

Feedback on water regulation was sought, and is now closed.

Stormwater is the biggie. The most recent environmental report estimated that 75% of our entire river length has a D or E for swimming. Water quality for cities is worse, but urban rivers only account for 1% of the length of our rivers. The polluter doesn’t yet pay enough.

But even here, markets are not impossible. A little toe was put into the water with the Lake Taupo Protection Trust.

By 2015 the target of reducing nitrogen discharges by 170 tonnes or 20% of emissions, had been met 3 years ahead of time and on budget. It’s hard to tell even now whether that will be enough for Lake Taupo. But it shows that a cap-and-trade water quality market is possible, with property rights established and not much controversy.

Since 2020 Fonterra has been making marginal payments to farmers who are more sustainable producers. Honestly it’s a pretty miserable margin for a pretty big effort.

With wastewater pricing undecided, we need to get to the start of an economic agreement that transcends politics: The whole of bulk water supply, everywhere, is going to have to be priced.

Water is New Zealand’s oil. Used badly it will damage us all. Taxed badly it will pollute us all. Is damaging us all, is polluting us all. Used sparingly it will revive our land, rivers, forests and wildlife. Used to the highest value it will make us rich. A comparison one could make is to North Sea Oil and how the United Kingdom and Norway approached oil extraction differently. They had a territorial share of the same oil field, they had access to it over the same period of time.

The result however is that Norway has a pension fund worth over US$1Trillion and owns over 1% of all shares in the world, and the U.K. used its oil wealth essentially to pay for the passive economic restructuring over the Thatcher years and now gets little out of it. Norway is one of the richest and happiest countries in the world per capita.

So now we get to the milk boom that New Zealand remains within. Imagine a New Zealand in which large water users – say (like Christchurch) any user taking than 700 litres a day – had to pay a royalty tax to the government. Government could pass it on to NZSuperFund. That fund would show the true wealth of mining water, able to be redistributed back to us.

A national price on wastewater and water for non-residential users would focus the mind of every milk company to make fewer and more expensive things, using less fresh water and making less wastewater.

A local historical comparison could be made to the 2006-08 regulation of our telecommunications industry. From 15 years ago it was impossible to imagine that our gaming industry, our world-leading i.t. firms like Xero, our at-home learning and working capacity, would be as huge as they are now. Even in 2006 the breakthrough Lord of the Rings films would not have grown into the film industry they are now without breaking the Telecom near-monopoly of the time. National took on the Labour regulations and built on them into the nationwide fibre-to-home project.

In water we’re at the 2006 moment. We don’t know fully the kinds of industry that could develop out of well-managed water because there is not enough incentive to do so. Perhaps it will mean more yogurt and less milk powder, more wine and fewer raw water bottling plants, less exported liquid milk and more horticulture. Perhaps. We treasure what we measure.

It’s very difficult to see any future political agreement on water regulation unless there is a very strong water market encouraged and regulated.

A better priced economy-of-water will be better for New Zealand’s people in lower use per person if it is metered, priced, and guided away from bulk and mass export towards higher value lower volume exports. That’s the most likely common platform for all political parties to agree.

It’s hard to see another enduring political way out of this.