Well I’m glad we cleared that up

Steven Joyce’s MBIE continues to make headlines for all the wrong reasons:

Taxpayers are footing the bill for an incident with a model sheep at the Ministry for Business, Innovation and Employment’s Christmas party last year.

According to reports on TVNZ, the sheep was an inflatable bought from an adult sex store and cost $170 to hire, with the bill rising to $745 after an as-yet-unknown incident.

However in late breaking news:

UPDATE: Both MBIE and acting Prime Minister, Bill English, have stated the model sheep were not inflatable as previously reported.

Well I’m glad we cleared that up.

It was more than 'Sheep thrills'. The taxpayer is being fleeced! https://t.co/Z54JOFjcQe #MoBIE @stevenljoyce 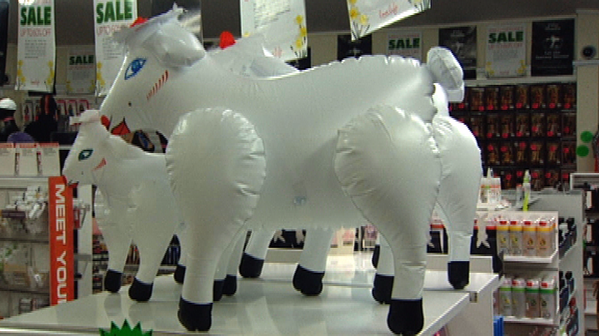 25 comments on “Well I’m glad we cleared that up ”