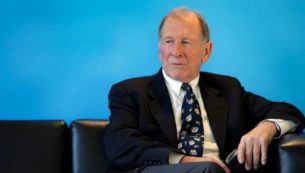 The government needs to intervene in the Wellington bus fiasco if doesn’t want its bold metropolitan public transport policy to end in tatters.

Of all cities in Aotearoa, Wellington had by far the best public transport system, with a high percentage of commuters using trains and buses. The chaos that has followed the introduction of the hated hub-based bus system is sufficient for the coalition government to lose the overall argument of public transport versus cars.

Greater Wellington Regional councillors, led by chair Chris Laidlaw are continuing to defend the transformation of the capital’s once well functioning service to the inconvenient hub-based system. But 10 weeks into the process and it becomes clearer every day the system is unfixable and the councillors are wedded to it.

Only central government intervention to reverse the implementation of this bizarre new network will work. That intervention doesn’t mean the whole GWRC needs to be stood down as the National Party did with ECan, but there needs to be a commissioner to sort out the mess.

Make no mistake, Wellingtonians are really angry about this fiasco. Surveys show over 80% believe the system is worse than before. At a Newtown meeting, a resolution to restore the former system was carried by 100 votes to four. Some people have advocated a civil disobedience campaign.

People have ridiculed initial figures that show patronage has gone up, pointing out that where in the past you took one bus, now you need to take two or three. 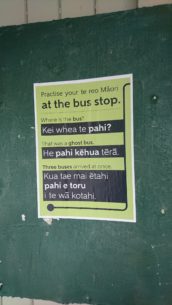 Myriad other issues have been raised from so called “ghost” buses (timetabled buses that never show) safety for women having to traipse to hubs at night, to disabled travellers being unable to use the hubs. Most relate to users no longer having a single bus to get them from A to B as the old linear network invariably did. Many who used to get buses direct to the hospital now need to take three.

In essence, the bureaucrats who advocated a hub system for a compact city such as Wellington, made a colossal blunder and Laidlaw and the now invisible chair of the sustainable transport committee, Barbara Donaldson, are just digging deeper down the hole.

Wellington lacks scale for a hub system. Waiting for one bus in Wellington’s often-inclement weather is off-putting. Waiting for two or three buses, stops people using them.

The original plan was to have a mind-boggling 25 hubs. This has been reduced to seven.

Laidlaw accepts hubbing is hated. But rather than accept responsibility for the fiasco of this system – both in design and implementation. He claims the letting of contracts means reverting to the previously functioning system is impossible.

Actually, it is the contracts and union-busting that lie behind much of this whole fiasco.

Tramways Union former Vice President, Chris Morley, (who died in July) laid this bare in a recent article in TS. Wellington was the only place in Aotearoa where bus drivers had retained pre-Labour Contracts Act penal rates. So long as the trolleys remained the GWRC could realistically only tender bus services to one main operator, as it was too complex to divide the trolleys among different operators. Once the trolleys were gone, it was open slather.

After the trolleys were scrapped, the GWRC sliced and diced the Wellington service between the former main operator, NZ Bus, Mana Transport, Uzabus and Masterton-based Tranzit . The latter, which had next to no experience with metropolitan services, was known as a hard-ball employer. It paid higher hourly rates but didn’t pay penal rates and used the odious split shift system, whereby drivers have to get up early for the morning rush hour, hang about for 3-4 hours, and then work the evening rush hour. As a former bus driver, I can tell you it is no fun.

Laidlaw and his henchman, Councillor Paul Swain, have washed their hands of responsibility of the new terms of employment, saying they only let the bus contracts, they are not the employer.

At meeting in Miramar, Tramways Union Wellington Secretary Kevin O’Sullivan made it abundantly clear the union is a ready for a fight and there is more disruption ahead for commuters. A union stop work meeting is scheduled for Wednesday.

In environment-conscious Wellington, scrapping the trolleys caused an outcry regarding the implications of swapping electric-powered buses for dirty diesels.

To counter this, Laidlaw and Co have taken a huge gamble which is certain to end in more tears and further financial disaster. They have opted for some completely untried fully electric buses, both single and double deckers. (The introduction of double deckers is also fraught with risk). The plan to convert the 60 not-so-old redundant trolley buses to Wrightspeed buses as fully electrics has already run into significant teething problems and watch this space for bus fiasco 2.0.

The concept of the hubbing system was ironically prompted by the success of the old system –increased patronage both from the north and the south caused bus congestion in the centre. Consultants were called in, and, as consultants inevitably do (so they become indispensible), they devised a radical revamp involving new routes and hubbing. A minor issue that could easily have been resolved by terminating some buses at the existing hubs of Courtenay Place and the Railway Station, instead resulted in abandoning a functioning system.

Peter Kitchenman, who has been involved in infrastructure projects in New Zealand and overseas, and has university degrees in business studies, development studies, psychology and civil engineering, says the council ignored the group which should have been its main consultants during the design process – the commuters.

The council says it consulted with commuters, but Kitchenman says it is “unthinkable” those commuters would suggest changing buses was a good idea. The problem is, he said, the council consulted with the public once the network had already been designed and put out for consultation, back in 2014.

“I’ve been involved in projects like this, and from my experience, once the plan is up, it’s easy to speak to that plan with a lot of spin,” Kitchenman explained. “That’s probably how they managed to get away with the bus hubs.”

Kitchenman says requiring anyone to transfer buses where they did not previously need to was a fundamental design flaw. Psychologically speaking, this effect was known as a “response cost”: the cost associated with removing something which encouraged people to use a product or service, and making them less likely to use it.

In the case of transfers, taking away a direct service and replacing it with a more disruptive journey was plainly a barrier to using the system. “They should be growing their customer base, not discouraging people.”

Lim Leong, a former KPMG executive, who has led complex design and implementation of nationwide data transport networks, said the GWRC has butchered a functioning network and replaced it with something which failed even basic design principles.

“It infuriates me to see all sorts of PR spin put on this new network which does not live up to professional engineering codes of conduct. The fallout of the debacle has affected badly a segment of society who can’t afford cars and rely on public transport.”

Before the new network was launched, GWRC general manager public transport, Wayne Hastie, claimed the existing network couldn’t cope with future growth. But growth was forecast to lift passenger journeys to just 42 million a year by 2024 from the current 38 million – an insipid growth rate of 10.5% over six years – – one that would get most sales executives sacked.

The new system would be “simpler, easier and more reliable”, said Hastie in a comment President Trump would proudly own. The timetable chaos, ghost buses and woeful performance of the Real Time Information system gives the lie to the reliability claim, while the only reason it is simpler and easier is there are fewer buses going to fewer places.

A preposterous claim was made that only 5% of users would need to use the new hubs. Similarly, Deb Hume, GWRC’s public transportation programme director, said: “People won’t experience, in the main, a drop in service.”

Laidlaw said many of the problems, such as most of the hubs not being built, or the fact that the integrated ticketing system won’t come into effect until 2021, are temporary. But Hume said the hub system has been planned for at least six years. So even if the plan was half baked to start with, there is no excuse for this to have gone off half-cock as it has done.

Councillor Ian McKinnon told the Miramar meeting that councillors were, and should be, accountable.

According to the annual report Laidlaw was paid $157,126 in 2016/17 for his GWRC position, while other councillors like Donaldson are paid $70,000 or more. These are important but not full time jobs.

In my books, accountability means more than making statements saying you are accountable. This has been a diabolical debacle from go to woe that threatens public confidence in public transport.

Even the former Labour cabinet minister Claire Curran has some notion of what accountability is, it’s past time Laidlaw, Donaldson and Swain understood it.

(Simon Louisson is a former reporter for The Wall Street Journal, AP Dow Jones Newswires, the New Zealand Press Association and Reuters and was a political and media adviser to the Green Party He was also, in the previous century a bus driver for the Christchurch City Council.)