What happened to one person one vote? 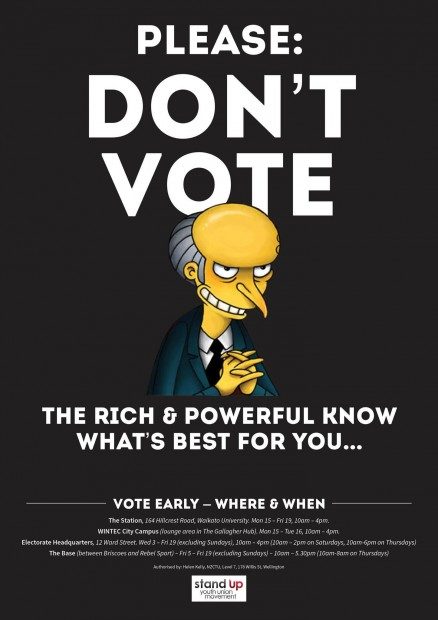 It is for Local Government election year. Soon your roadsides are going to be emblazoned with billboards and your letterboxes crammed with printed material from individuals and groups wanting to be your representative.

There are two aspects of the mechanics of this year’s election which I believe will be significant issues. The first is our depleted postal system and its (in)ability to handle postal votes. Reduced frequency and concerning examples of mail not being date stamped have cast some doubt o the veracity of recent school board of trustee elections. How this will effect local government elections and their much larger scale is yet to be seen.

The other aspect that has received recent attention is the rather archaic law that allows someone with multiple interests in land multiple votes.

An old law that gives owners of multiple properties extra voting rights in local elections is unfair, archaic and should be ditched, election researchers say.

The ratepayer roll allows people to vote in each council district, local board area and community board area the own property in.

RNZ analysis of Auckland’s ratepayer rolls from the 2016 local elections uncovered people who were enrolled as ratepayer voters in not just one, but two, three or four different local board areas.

One man was enrolled in seven separate local board areas, in addition to the area he lived in. Although he could only vote for Auckland’s mayor and councillors once, he was eligible to elect local board members in Howick, Upper Harbour, Devonport-Takapuna, Kaipatiki, Waitemata, Henderson-Massey, Manurewa, and Hibiscus and Bays local boards.

Overall, about 12,700 ratepayer votes were cast in the 2016 elections for district, city and regional councillors, and local and community board members.

The law is a kick back to the 18th century when the franchise depended on a person, initially a male person, also being a land owner. The landed gentry was considered to be more trustworthy in their political views and limiting the franchise would produce a better result, at least as far as members of that rather exclusive club were concerned.

The numbers are small. But if anything this reinforces how archaic the provision is and why it should be changed. And you can bet that most property owning absentee ratepayers would prefer to reduce rates than to build and nourish their local community.

The concept of one person one vote is something that is at the centre of our electoral system since the 1890s. It is time we made it apply to all our voting systems.

34 comments on “What happened to one person one vote? ”