What if… Dunedin no longer needed so much petrol?

Imagine it’s 2032. We’re looking back on the 2022 crisis sparked by the Russian invasion of the Ukraine which led to shortages in oil supply. As the crisis deepened a new variant of coronavirus emerged, triggering another round of societal restrictions and the New Zealand government brought in a system of intermittently closed borders. A set of major adverse weather events hit midwinter, leading to flooding and mass evacuations in the South Island (West Coast, South Dunedin, and Queenstown).

These converging crises led to an unexpected upsurge in new green and sustainability candidates for the 2022 local body elections, as people finally understood we have to act now. A handful of key regional, district and city councils gained a significant number of progressive and green councillors.

Within a year, South Island councils were working on a cross-regional strategy for Just Transition to a low carbon society, with a central focus on redesigning city and town systems to cope with the skyrocketing petrol and food prices as well as damage to key infrastructure that was likely to need multiple, expensive repairs in the coming decades. The continued lack of mass tourism was now seen as an opportunity to conserve fuel supplies for essential services, and to generate new ways of making a living and running local economies.

In Dunedin, a special five year Transition Plan was bolted onto the DCC’s ten year plan already set to run to 2031. This allowed each Ward to prioritise a % of funding towards retrofitting its local suburbs for resiliency and sustainability. The twin Transition Plan goals of mitigating climate change by dropping GHGs fast, and future proofing city life, allowed Dunedin people to respond to the oil crisis as an opportunity. Interim Just Transition funds were set up to help low income people and businesses manage while systems were being changed.

This meant instead of repairing marginal roads that would require increasingly frequent maintenance (leading to budget blowouts), select roads were ‘retired’ from conventional traffic and converted to other uses: foot, bike, playground/recreation, and food forests/orchards. Many spaces adapted existing infrastructure rather than doing large scale, expensive, time and resource intensive projects.

Children came to be seen as the indicator species of the suburbs, and outside spaces that enabled play became highly prized as more adults worked from home.

In order to maintain a Just Transition, reassigning streets was done in the wider context of public transport and relocalising economies, with a central design premise of diversity of need and ability rather than designing for the stereotypical cyclist or walker and adding in other needs later. Consequently urban spaces quickly became child, elderly and disability friendly, with a surprising and welcome increase in social cohesion. As people understood the interrelated nature of the climate, oil, and economic crises, the scheme where residents could band together and apply to retire streets in their neighbourhoods became particularly popular. Over the decade a number of suburbs created multiple green spaces for children to play in close to where they live, and these in turn became focal points for community socialised and organising. 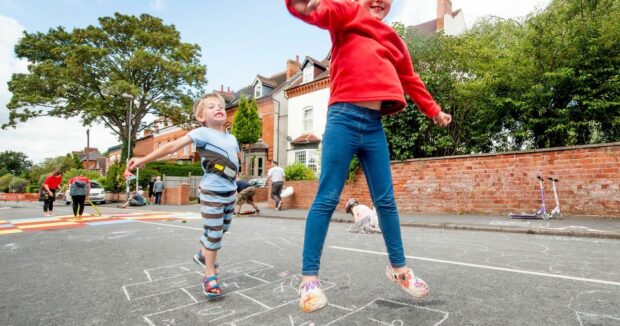 Each Ward was ensured either a local superette and/or a food ordering and delivery system within walking/biking distance based on the pioneering Longwood Loop in Southland. The Loops matched up local small growers and buyers, lowering food and transport costs and increasing income for people working from home or within their neighbourhood. The long awaited commuter train ran from the City to coastal communities going north and south, connecting up a wider range of growers and eaters as well as workers moving easily across the rohe. Ferries and ebuses on the peninsula and harbour did the same.

Dunedin’s already thriving Farmer’s Market created satellite markets in key suburbs, spread out across the week, so that each area had access to fresh, locally produced food, and growers increased their ability to make a living. Neighbourhood pods of gardeners providing excess produce for free or low cost, alongside mass planting on council land of fruit and nut trees and perennial vegetables, dropped household food costs back to pre-2022 levels. Dunedin was well served by its abundance of quarter acre sections and relative lack of infill building. 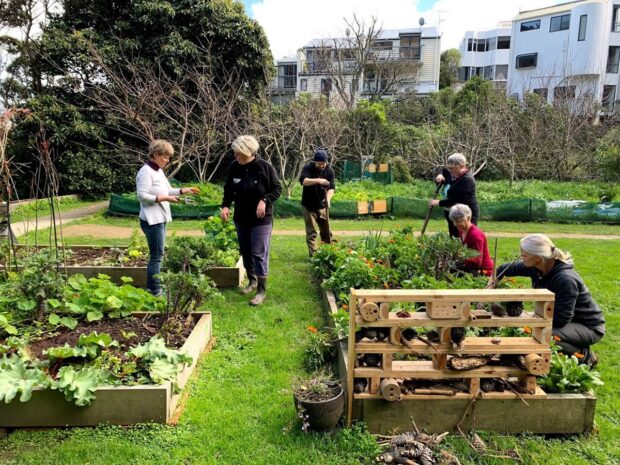 Skills and systems developed in the first two years of the pandemic of working from home were upgraded into sophisticated systems allowing people to set up a new swathe of small, home based businesses. This was utilised by stay at home parents, solo mums, elderly people and university students, and people formerly known as unemployed. The 2026 Labour/Green government’s trial Guaranteed Minimum Income (GMI) was started in Dunedin in part because of the work already being done by council, NGOs and community groups.

Major government funding was sought and granted in 2025 to make sure every household had unlimited data broadband (free for low income households including students, musicians, artists and ecological regeners) and a number of software and systems support companies sprang up in the city. The small localised nature of the projects encouraged cooperation and playful competition, which created an enhanced degree of lateral thinking and pride in the city. Companies started developing bespoke IT systems for managing transport and food, and these were then sold to other parts of NZ and eventually the world.

Funding and R & D was also prioritised for assisting people to create livelihoods at home or within walking/biking distance of their home. The Right to Livelihood Award was granted quarterly to the most creative enterprises, with the prize tending to go towards models that were easily replicable and open source. The years leading up to the mid 20s had been rich with creative initiatives but people still struggling to create steady income: food growing, child care and homeschooling, art, music, environmental care, IT, small manufacturing. With the GMI  and funding, many of these quickly blossomed into viable livelihoods.

People found that they enjoyed spending more time at home and in their neighbourhoods. Local greenspaces were soon found to be highly prized and council was pressured to increase such spaces within planning, and to allow more creative conversions of existing spaces. A new design field emerged in response to the pandemic, whereby outside spaces were designed according to each community’s need and included covered meeting spaces based in micro climates allowing more socialising during pandemic waves as well as escape spaces for people working from home. Forest schools sprang up and the University campus underwent a retrofit rebuild to be both regenerative and pandemic resilient. Forest bathing and the return of native birds like kākā to the city forests resulted in the new strategies for stress management and mental health as well as engagement with conservation. Everyone wanted a flock of social kākā to visit their neighbourhood. 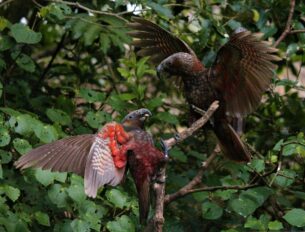 An integrated bike lane network plan was finished in 2026 for the flat areas of the city, and ferry commuting systems linked up Port Chalmers, Portobello, and the City. Two ebike manufacturing plants started producing for the demand from the hill suburbs. One of the companies branched out to specialise in wooden and bamboo framed bikes, as the international supply of steel and aluminium constricted.

Early investment by the regional council in ebuses meant that public transport became free by 2027, and many people spontaneously stopped using cars except where essential.

By 2032, people were still feeling the effects of the long crisis, but they could see that their communities were stable, people had enough to eat and good homes, and the changes were bring new benefits. Working from or close to home allowed more time for gardening, patting the cat, playing sport or socialising, and Dunedin’s already solid creative sector spawned a whole new wave of home/community-based craft, music and art scenes, as well as explorations into local democracies. Communities had become vibrant and diverse and were now places where people looked out for each other. They were also places where people wanted to be.

What if…? is a process created by Transition Towns pioneer Rob Hopkins as a way to envisage how things can work out. You can see more about the process as well as other scenarios in Rob Hopkins’ book, podcast and blog. Feel free to join in the process below. What if…? 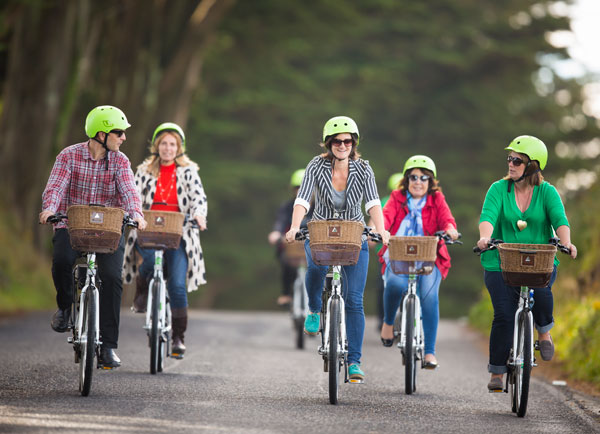 17 comments on “What if… Dunedin no longer needed so much petrol? ”