What is eating Mike Hosking?

Spare a thought for Mike Hosking. He seems to be going through a particularly dark time. If his latest Herald columns are considered.

I did something brave, I read his last five columns.

After digesting the contents I had some concern for him. Apart from a crazily optimistic description of Trump’s leadership abilities he is very pessimistic about this Government and about efforts to protect the environment. His unrelenting negativity, with the Trump accolade being the only exception, was very clear.  And if the Trump prediction is anything to go by his predictions should all be taken with a rather large amount of salt.

As you can see the effect is pretty overwhelming.  I won’t go into a detailed analysis but overall the articles show a relentless negativity about everything left and a remarkable optimism about Trump. 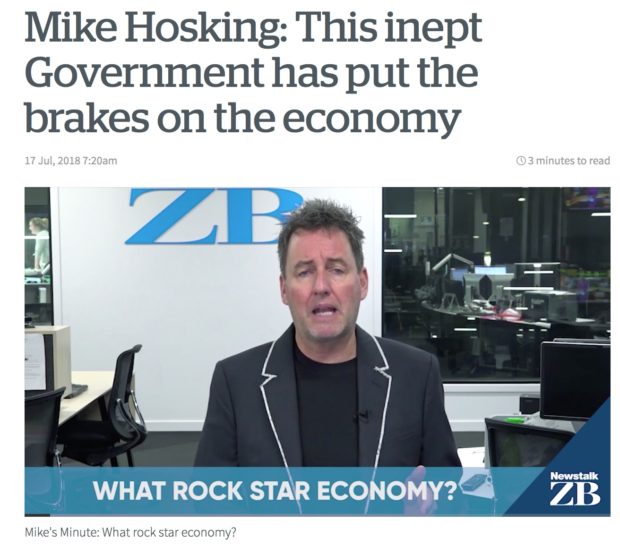 Maybe he just needs a hug.

77 comments on “What is eating Mike Hosking? ”