It’s so vacuous and vapid that even Guyon Espiner is concerned about the lack of quality analysis and policy design.

To be sure, Guyon didn’t voice these concerns on air and he starts his blog by falling into the “we’ve got to do something, this is something, let’s do this” logical fallacy. And the “we have policies targeting social problems, those problems still exist, therefore those policies are useless and wasteful” nonsense, which is like arguing seat belts don’t work because people still die in car crashes. And surprise, surprise he automatically accepts the premise that privatisation will deliver better results.

But, eventually, Guyon manages to ask ‘hey, what is this Whanau Ora thing?’ and he’s unimpressed with the answers: 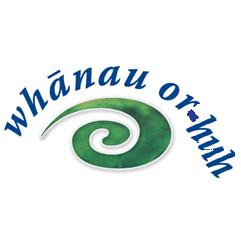 The taskforce report reads like a motivational self-help guide with banal slogans spread across its 71 pages. “Whanau Ora – well that’s us, it’s who we are,” reads one. “Whanau have to describe success in their own terms,” reads another. My personal favourite is: “Whanau ora is going to take us there and it has been since the beginning of time.”

Sometimes even the main text descends into complete psycho-babble: In searching for what Whanau Ora actually means the taskforce concludes that “whanau ora is distinctive because it recognises a collective entity, endorses a group capacity for self determination, has an intergenerational dynamic, is built on a Maori cultural foundation, asserts a positive role for whanau within society and can be applied across a wide range of social and economic sectors.”

So the challenge for the proponents of Whanau Ora is to explain how it will work and then to prove it does work.

Indeed. I noticed the silly ‘motivational’-type phrases in the report too. To me they sum up everything that is wrong with this half-arsed policy.

Guyon goes on to say that he likes Matt McCarten’s description of Whanau Ora as a ‘one-stop shop’ for social services. The problem is that the minister responsible, Tariana Turia, explicitly rejected that definition when Guyon put it to her on Q+A and such ‘one-stop shops’ already exist.

Guyon ends with a pretty silly comment. The same one, incidentally, that Wellington Airport passive-aggressively made to Wellingtonians when everyone hated the ‘Wellywood’ sign:

The challenge for the critics is: Have you got a better idea?

One better idea is not signing over hundreds of millions of dollars to unaccountable private organisations with no plan, no clear notion of what specific problems need to be addressed and how, no measures of success, and no checks against corruption. It would be better to carry on as is than take hundreds of millions out of existing services to make a punt in the dark.

My final idea stems from the example of the family that Whanau Ora is supposedly going to somehow help: single mum, three kids all in trouble because mum isn’t around because she’s working shifts.

It seems to me the problem in that family arises principally from the fact that mum can’t get decent work with hours that also allow her to be there for her family. The Whanau Ora report has some nonsense about an advisor ‘helping her find more suitable employment’ but that ignores the fundamental problem – the jobs don’t exist.

If the government were serious about helping families in need it’s priority would be getting people back into work and its second and third priorities would better pay and conditions for low income workers.

The fact that is has gone with this Whanau Ora nonsense instead shows it has no real intention of tackling the causes of this country’s social ills.