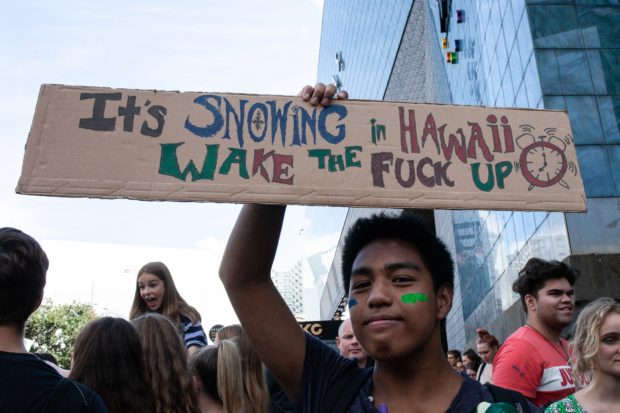 So the Government has released the Zero Carbon Bill and it looks not too bad.  I suspect a few lefties are now weighing up the failure to put forward a capital gains tax with the success in putting forward a zero carbon target and thinking that the compromise was an appropriate one.

And if you want verification of this then Idiot Savant has these comments about the government’s goals:

And here there’s some good news. While I was expecting a sell-out, the targets are much better than expected: a 10% reduction in methane by 2030, with a 24% – 47% reduction by 2050, and net zero for all other gases. The variable methane target will be determined by a review in 2024, but the minimum level stabilises the level of warming from methane, while the upper limit would reduce it significantly. And even the interim 2030 target is going to mean reducing the number of cows, with flow-on benefits for water quality.

The Herald has tried to suggest that the bill is a terrible thing because the farming lobby think it is far too much and the environmental groups think it is not enough.  This could be interpreted as equilibrium.

But here is the farming comment, from climate change spokesman Andrew Hoggard:

“This decision is frustratingly cruel, because there is nothing I can do on my farm today that will give me confidence I can ever achieve these targets.”

He said the Government was “arbitrarily” targeting businesses based on a “random selection of report” and incomplete data.

He said the 10 per cent target, over a 10-year timeframe, was “unheard of anywhere else on the planet”.

As to his last comment, maybe he is right. But we do live in extreme times. Either we reduce the production of greenhouse gasses or the world burns. Take your pick.

The bill may mean less cows.  They belch methane and contribute to global warming.  They also destroy our waterways and plains.  Yes there may be a hit to the business model but if the local and global environment improves is this not a good thing?

I personally am willing to give up my latte and my very occasional burger if it means that our world’s environment has a greater chance of surviving. Short blacks and pesto on toast is fine as far as I am concerned.

And besides the changes will not occur overnight.  There is a rather long lead in time.  Maybe farmers should think about converting their paddocks into forests.  If there is a functioning emissions trading scheme then trees will be the future cash cows.

Beef and Lamb are also concerned.  Again from the Herald:

Beef and Lamb was also “deeply concerned” at the methane targets.

“The Government is asking more of agriculture than fossil fuel emitters elsewhere in the economy.”

I am not sure what advice he is referring to.  The advice I have seen is that we need to cut emissions drastically and quickly.  He could be referring to the Parliamentary Commissioner for the Environment’s report on methane where this was said:

… if New Zealand wished to ensure that methane from livestock caused no additional contribution to warming beyond the current level, emissions would need to be reduced by at least 10-22 per cent below 2016 levels by 2050, and 20-27 per cent by 2100.

Dairy NZ has also grabbed hold of that figure and are using it as a possible goal. Note that this reduction will maintain New Zealand’s current contribution to global warming from methane, not reduce it. If Beef and Lamb’s scientific advice says differently then it is contrary to what the IPCA and the PCE has been saying and should not be trusted. And the proposals will hit fossil fuel emissions. Hopefully completely.

The contrary view, from Greenpeace, is that the bill does not go far enough.

Greenpeace executive director, and former Green Party leader Russel Norman, called the bill “toothless,” and said it had “bark, but no bite”.

Although the bill would help bring, and keep, New Zealand in line with the Paris Climate agreement, to limit global temperature increase to 1.5 degrees by 2050, Norman says the Bill will have little direct effect.

This is, he said, because it has specifically written out any mechanism that would hold any person or body to account for not adhering to it.

“What we’ve got here is a reasonably ambitious piece of legislation that’s then had the teeth ripped out of it. There’s bark, but there’s no bite,” he says.

The two farming lobby comments are that the goal was far too ambitious.  Greenpeace’s response is that the goal is good but they are concerned that the enforcement mechanism may not work. The Herald article does not show this subtlety.

And it looks like the hope for a political consensus will not be met.

Politik has reported (paywall) that National will support the creation of the climate change commission but not the specific reduction targets.

It always was going to be a big stretch.

Climate change is an existential threat. We should have been making changes 20 years ago. Vested interests are clearly still going to try and fight this.

The progress of the bill through the house is going to be a very interesting process and a test of how well our democracy is functioning.