1 million Aussies? Don’t get too excited

So 1,001,880 Australians visited New Zealand in the year to May, up 3.7% over the last May year despite the recession Yay? Well don’t pop the bubbly just yet.

The total number of visitors fell 2.6% from 2,482,881 to 2,418,647. The decrease from other countries wiped out the gain from Australia. And here’s the important thing – Aussies spend less per visit than others (all this data is from the Ministry of Tourism and inflation-adjusted): 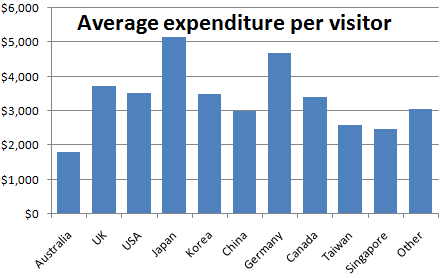 Sure more Aussies are visiting but they give relatively little to our economy per visit; not nearly enough to make up for the loss from other, higher-spending, countries: 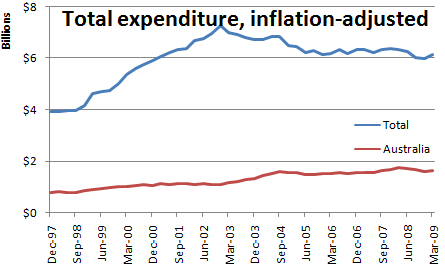 In fact, the Aussies are spending less per visit each year. 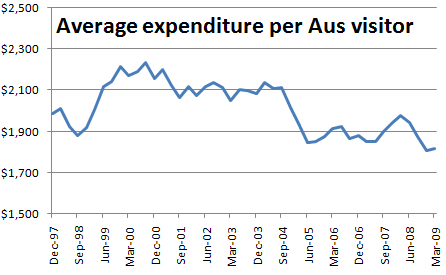 Now I’m no big-city tourism policy maker. But I would have thought better strategy might be to target advertising at higher spending markets. Maybe someone should tell the Tourism Minister.

Not that it would do much good. This is the guy who thinks that if you build a national cycleway the tourists will come… and thinks that’s the best thing we could be spending $50 mil on, despite the fact that cycle tourists spend only 75% per night of the average international visitor and there’s no evidence a series of ‘Great Rides’ will attract more tourists. Clearly not one with an eye for a good investment.
-Marty G

17 comments on “1 million Aussies? Don’t get too excited ”