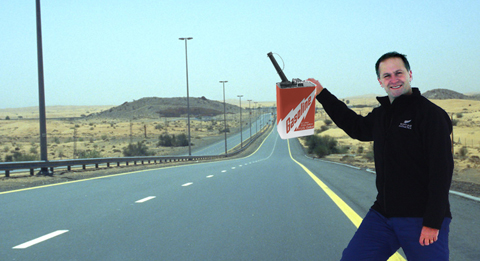 We’ve all heard John Key bang on about his ambitions for New Zealand’s infrastructure and now one of my sources within the National Party has tipped me off that as part of their infrastructure policy they are planning to announce a plan for a four lane highway between Wellington and Auckland.

As I recall this was a pet project of Roger Sowry’s a few years ago so it’s not a new idea but excuse me if I’m a bit surprised. I mean a project like that would take years to complete and would cost billions of dollars and with oil prices going the way they are it will probably end up as an unused monument to Key’s shortsightedness.

If anything this shows another difference between the two parties. One wants to renovate rail and decrease our dependence on big oil in much the same way as countries all over the world are doing. The other wants a four lane highway. Can someone remind me which party is supposed to be “bereft of ideas”?

74 comments on “Ambitious for big oil ”