An Ineffectual Opposition Is Bad News 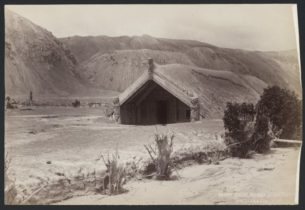 Hinemihi meeting house at Te Wairoa, after the Mt Tarawera eruption of 10 June 1886. The name of the house in full is Hinemihi o te Ao Tawhito (Hinemihi of the ancient world).

It is often said that the role of the Opposition in the House of Representatives is to hold the Government to account. One of the other important roles of the Opposition is to represent the people and this does not mean only their supporters (i.e. the ones who voted for them).

About once every three years the fickle beast of Public Opinion emerges from the wilderness. In between, it rarely comes into full view with only brief & hazy glimpses under the cover of darkness and surreal howling & hissing sounds in the distance. Around that time, the Opposition changes its spots and goes into full peacock mode to wow the fickle beast and present an alternative government in waiting.

What happens when there is (an) ineffectual Opposition? It might give the Government of the day an easy ride so that it can get on with its business relatively unencumbered. The Government is well-resourced compared to the Opposition. It may also mean poor representation of the people.

Politics is also a contest of ideas; NZ politics currently appears to be a contest of sleaze & dirt against kindness. The irony is that the best way to combat the message of Jacinda Ardern (bringing people together, kindness, hope, being positive, compassion) is to be an ineffectual opposition. I will try and build the argument.

The MSM help to shrink the Overton window. The people are in a mental prison cell with a tiny dirty window high up and they are staring at shadowy projections on the wall, which they take as connected to reality (in fact, as reality). They euphorically cry out “nailed it!” when one of those projections resembles an archetypical symbol buried in their deep sub-conscious and when they seem to recognise it. The thing is though that this mental prison is self-imposed, through conditioning and indoctrination; the door is not locked and ‘prisoners’ can walk out any time they want. But it never occurs to them to even try the door; it is locked, this is as good as it gets, there is no alternative (reality or world), you will be blinded (oh, the irony), you will die …

People generally have no suitable forum to discuss politics other than on Social Media, which in turn, by and large, get their cues (and headlines) from the MSM. People need to be part of the conversation, or at least feel included and listened to. But so-called opinion leaders and (political) commentators have a reputation to uphold and they want to own the narrative, they want to set it (i.e. determine the talking points, what is of interest and what is not – possibly guided by the Editors of the MSM whom they work for and who pay their salaries) and dominate & control it; no room for the plebs to join the elitist (arrogant & patronising) Fourth Estate and their inner sanctum, the Parliamentary Press Gallery. The perverse outcome of this is that it narrows public political ‘discourse’ to a reflexive rant fest, at best.

To satisfy the advertisers, from a narrow range of topics the most important ones are carefully selected and annotated with luring headlines to increase the number of readers and encourage them to stay on the site and click away (click bait). Never forget that MSM are struggling for existence and fighting for their (commercial) lives. This is not and never has been a contest of ideas and it certainly is not politics, not even reporting on politics; it is often just making up shit in the absence of a real contest of ideas in the house and without leadership and model examples from real politicians that could and should be used as a starting point for the MSM to report on and kickstart and encourage public debate. And it shows. The result: the people are switching off from politics.

In and by the MSM issues are presented and ‘dealt’ with as simplistic binaries; politics is about winners & losers, the Left vs. the Right. Of course, this fuels the perception of politics as a pugilistic partisanship and it polarises opinions, which puts off people even more.

This does not just apply to the written word. Live shows with panels made up of the usual suspects that regurgitate the same stuff over and over and each and every time surely must bore the hell out of people. Those panel members have become caricatures of themselves like Statler and Waldorf on the Muppet Show, blurring the boundary between politicians and commentators – unsurprising when many of those are ex-politicians or former wannabies. To stay with this analogy for a moment, Statler when watching the show opined “no one would watch junk like that”. 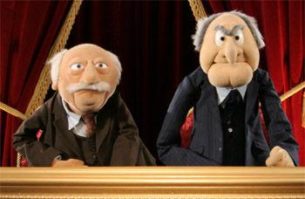 These shows and their audiences do not tolerate cliff hangers; they demand clear conclusive answers , decisive actions, and absolute promises from politicians featuring on the show. They will certainly not leave you pondering “what if” or contemplating the complexities of politics and (life in) our society. And an absolute taboo is to encourage viewers to start doing some critical thinking themselves; leave it to the professional experts.

Rather, these shows feed (on) people’s biased opinions and provide a mix of low blows and gotcha moments that separates and alienates people from each other. They are an extension (and often a copy) of the written columns in the MSM – funnily enough they often involve the same key players from a small ‘incestuous talent pool’. No wonder that politics gets a bad rap!

I know the above generalisations are unfair to some outstanding work in the media but my point stands: Mainstream Media are for mainstream audiences who want mainstream ‘solutions’, etc., and you can read into this anything you like 😉 Politics is for all people or at least it should be.

Please do not get me wrong, all this o.k. as long as it is not the only game in town. When we have an ineffectual Opposition, however, it easily does become the only game in town with its own set of rules and its own (commercial) interests (i.e. of the MSM). This is bad news.

42 comments on “An Ineffectual Opposition Is Bad News ”