Bosses being accused of using the recession to exploit workers by driving down wages, forcing unrealistic productivity targets on staff and creating an environment where stressed staff will leave without waiting to collect redundancy pay.

And unions say wage bargaining teams are struggling to decide if employers who use “recession rhetoric” are telling the truth or just being opportunistic.

If this is happening to you, you could consider posting your experiences here. 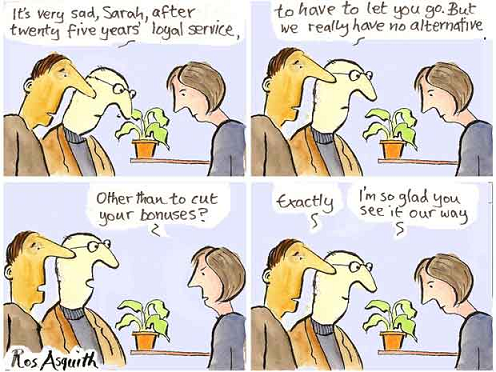