The man who killed 51 people in Christchurch a year ago has changed his plea to guilty on all charges.

At the High Court in Christchurch, the right wing terrorist admitted 51 counts of murder, 40 of attempted murder and one charge under the Terrorism Suppression Act.

Please note that the Standard has the terrorist’s name in auto-moderation, so comments naming him will not get through. However, both the Herald and Stuff are using it in their headlines and copy, and Radio NZ has also followed suit.

Pleading guilty is a surprise move and spares the surviving victims and the families of the dead from the pain of a lengthy trial. However, I assume the killer will still have an opportunity to have his say in the sentencing process.

I really don’t know what has bought this change of plea about. It will not help in overall sentencing; he’s never leaving prison. However, it might allow the court to show some mercy and allow a degree of freedom in the conditions of his imprisonment.

However, forget him. My thoughts are with the bereaved and injured. 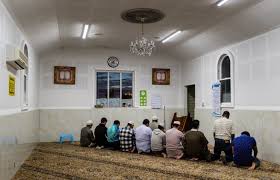 25 comments on “Christchurch Terrorist Pleads Guilty to All Charges ”