We are all socialists now 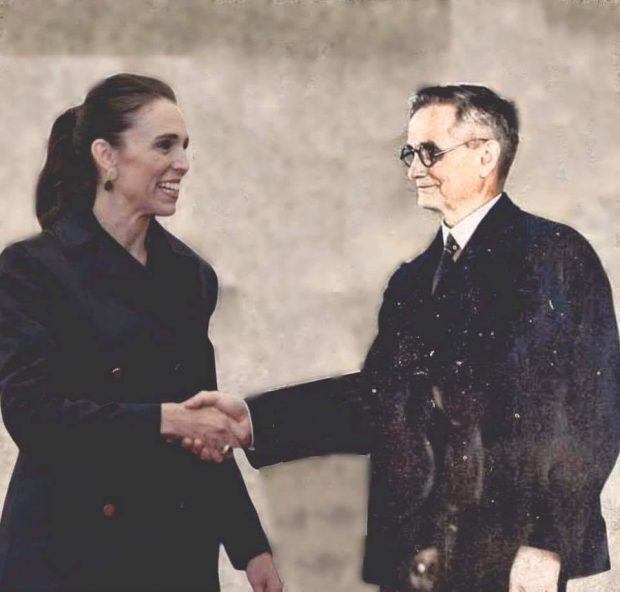 Apologies I have not posted much lately.

My small business has demanded my attention.  The four week stay at home order and the lead up has had a profound effect.  Existing work has to be finished.  Cruicial work has to continue.

The Courts, normally thriving vibrant hives of activity are now eerily quiet.  Cashflow and reserves have had to be carefully assessed to make sure there is enough to pay wages and the essential bills.

I am sure most small business owners are going through the same process.

And there will be carnage.  Some will not have the resources to get through what is a pretty severe dislocation.

Travel and tourism will be particularly affected. Air New Zealand is now a basket case. It seems inevitable that the Government’s fiscal lifeline is going to be converted into equity and it will be renationalised in part or in full. The airline will survive but for strategic not economic reasons.

The economic trend is clear and pretty worrying.  Many businesses will not survive this and others will have dramatically changed.

Which brings me to the topic of this post.

Imagine if a society used pure market forces to respond to Corvid-19.

It is not only in the area of business support that a pure market approach is doomed to fail.

How about for renters.

Quinovic has received justifiable ire by saying that rent had to be kept up to date  otherwise “unfortunately you may be jeopardising your tenancy”.

Imagine preparing for a lock down by terrorising your tenants.

And the law has been urgently changed so that tenants cannot be evicted for not making a reasonable effort to pay rent for 60 days.

Medicine is the other area where a collective public system is running rings around the private system. The United States is showing that it is the basket case of medical systems. Charging $3,000 for a Covid-19 test is what you do if you do not want to find out what is happening.

It seems that turning your back on collectively funded medicine and choosing instead to have a system where the medical profession and the insurance companies made a killing is the worst thing you can do in a pandemic.

And the orange orangutang and other Republicans are asking whether the death of huge numbers of elderly citizens is worth it just to save the economy. And similar Darwinistic thinking must have driven Boris Johnson’s earlier herd immunity proposal.

Donald Trump is suggesting that we should rescind efforts at coronavirus suppression in order to “save” the economy, while Lt. Gov. Dan Patrick of Texas calls on patriotic grandparents to sacrifice themselves to drive up the Dow. Across the pond, the U.K. government already mulled over the idea of allowing that nation to become a viral incubator until it reached the level required for “herd immunity”—though at least their plan called for sequestering the vulnerable while the nation sweated things out, rather than tossing them all into the Save the Stock Market National Patriotism Volcano.

There’s another name for the daring plan now being promoted by the right: It’s called “doing nothing.” It’s called letting the disaster play out, or allowing the disease run to its course, or simply permitting the wildfire to burn unchecked. But the problem is that when it’s done, what they get would not be a nation going “back to normal.” It would be ashes.

Such thinking is going to mean that the right in the future is going to be treated with contempt. We are facing a 1930s intensity depression and a pandemic, all at the one time.

There are two ways out of this.  Either we crash and burn.  Or we help each other, minimise the effects, and learn to live our lives differently so that we are more resilient in the future.

But dare I say it, this sounds a bit like socialism to me.

131 comments on “We are all socialists now ”