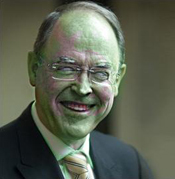 As we predicted, the main recommendations of the Brash report have been rejected out of hand by John Key. They are, as intended, mere headline grabbers – outlandish, silly ideas like flat tax funded by slashing government spending by 20% (that’s $17 billion).

Forget relatively minor measures like cutting free early childhood education and putting interest back on student loans, to find $17 billion we’re talking Health plus Superannuation. Brash would sell everything that’s not nailed down and cash up the Cullen Fund, which has made the country $3 billion this year. Silly stuff, ridiculous.

As Phil Goff said this morning, it’s all a strawman. Key rejected the headline grabbers as per the plan and said there might be “nuggets” buried in the report (one wag reckons they’re more like pieces of corn in a turd). It’s classic bait and switch – seize the public attention with extreme proposals, reject them, and slip through slightly less extreme things that look moderate by comparison.

So, what are these ‘nuggets’?:

Reinstating the youth minimum wage. Like some amateur blogger, Brash asserts that the abolition of the discriminatory youth minimum wage has increased youth unemployment. It’s rubbish and it’s telling that the argument isn’t backed by facts (in fact, the whole report is startlingly light on substance and overloaded with ideological assumptions; to think this man once ran the Reserve Bank and wanted to be PM). The Right is testing the ground around this one but I think Key will just stick with the minimum wage freeze.

Taking away your work rights. The attack on workers continues. Brash would extend the 90 day Fire at Will legislation to cover all workers for longer periods which equals less secure employment and, therefore, lower wages. Brash is talking a 12 month no-rights period each time you start a new job. Key is likely to pick this up in some form. Brash would also remove work rights for anyone earning over $100,000 a year and restrict access to the employment Disputes Tribunal. There is only one outcome from all of this – worse work conditions for worse pay.

No increase in R&D spending. The neoliberal is a creature with a short memory and only a hazy perception of the future. What matters to it is getting as much as possible now. And if that means failing to invest for a better future, so be it. This is in line with National’s thinking and Key is likely to take it up.

No constraints on the financiers and currency traders. Well, there’s a surprise. Making the working person poorer, cut their pay, but heaven forbid we even exercise any oversight over what the money-lenders do, even if they have just brought us to the very brink of ruin. Key will agree, the fox is running the hen-house now.

None of this will help us catch Australia. Not the headline grabbers, not the ‘nuggets’. The fact of the matter is that successful countries have progressive tax systems to pay for well-funded public services, substantial public assets, and decent work rights.

The neoliberal agenda has never been about growing the pie. It’s about taking a larger slice for the rich; stealing from the poor. Look at the ‘nuggets’ and you see that’s exactly what they want do. It’s all about weakening workers’ rights, lowering their wages, and cutting the social wage to enable a transfer of wealth to the wealthy.

78 comments on “Digging for nuggets ”