He and the Agriculture Minister today released a document for public consultation on the threats this highly productive farm land faces and how to protect it.

“In parts of New Zealand we’re losing too many of our productive soils to subdivision… we’ve got to get that balance better,” Mr Parker said.

“Every day, truckloads of brocolli and other winter greens leave from the Auckland region, not just to feed Auckland, but also to feed the South Island.

Given the encroaching climate emergency, and the now mainstream acceptance that there will be food shortages going forward, this is an important move by Labour. Fertile land is priceless. 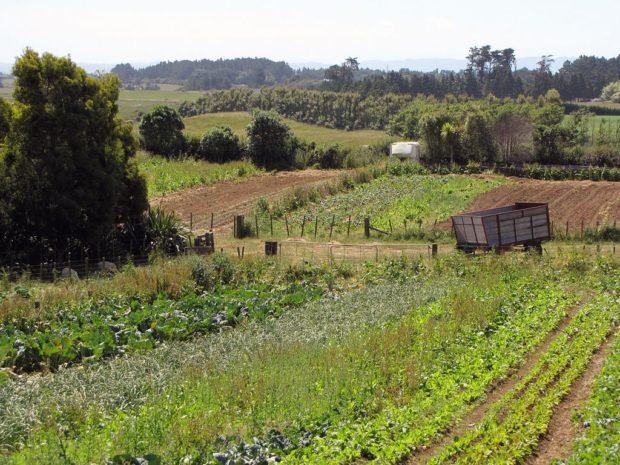 Let’s join up some more dots. A big part of the ecological footprint of food in New Zealand is the domestic food miles. An economy based on transporting food from Auckland to Invercargill will have to change. We need more local food growing and seasonal eating, supported by improved rail and shipping networks for the foods that can’t easily be grown in a region (feijoa for Southland, oats for Auckland).

Urban land can also be highly productive. Many backyards are still suitable for vegetable growing. In some there is room for a fruit and nut orchard and some hens. The carbon footprint of lettuce or potatoes grown in our backyards is minuscule. People who don’t want to or can’t garden can provide a living to other people who want to garden and don’t have land. This is food production in resilient systems, that provide employment and support local economies. The Farmers Market is no longer on the other side of town, there’s one in every suburb.

All those Nimbys in Auckland with the big lawns and mature trees who are stopping housing infill are doing us a favour, because those landscapes can easily be converted to food production if/when we start getting crop failures internationally. We need to prepare rich folk to learn how to share, and there are social justice issues to resolve, but protection of that land is a good thing.

While we will continue to grow food in large farms, they’re not as resilient to extreme nature events as smaller farms and gardens growing polycultures. It takes one flood to destroy a farm crop of potatoes. An orchard flattened by gale winds or one summer’s bad drought, takes much longer to replace. Smaller farms and gardens can be more easily protected from weather and pest species.

Finally, if we want more potatoes and less subdivisions, at some point we will have to talk about population and the carrying capacity of each watershed in New Zealand. The push to infill our cities, while understandable as a short term response to the housing crisis, is going to create another set of problems down the line. Sustainability and climate resiliency are intrinsically tied to how much food we can grow relative to the number of people who need to eat it. The global economy built on fossil fuels hides this fact.

There’s also an ethical imperative here, because in a climate change world if we don’t grow our own food we are expecting other, often poorer countries to do it for us and they may not be able to afford to do that. 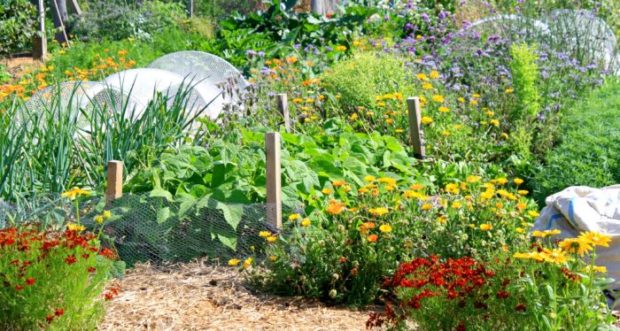 A couple of further notes. I hope to see urban vegans all over this if they want to put their money where their mouth is in terms of climate change change. Importing industrial yet vulnerableplants crops from across the globe is a major climate mitigation fail. When I see vegans doing the mahi of getting New Zealand to grow beans and tree-crop nuts I’ll give the movement more respect. This isn’t an invitation to spam comments with vegan propaganda, but thoughtful, solution-based discussion is welcome.

The other is that it was hard to write this post without thinking about the juxtaposition of Labour protecting food growing land around Auckland at the same time as refusing to step in and protect the archeological site of some of the oldest food gardens in the country: Ihumātao. Māori have been pointing out that they’ve been trying to protect land for a very long time. Maybe the rest of us could learn something here. As long as we value profit over people and the environment we will get both these things wrong.

220 comments on “Fertile land is priceless ”