Dave Kennedy writes at localbodies-bsprout.blogspot.co.nz about the climate change impact in Southland.

Over ten years ago I organised a symposium on climate change to support a Climate Change Tour being conducted by the Green Co-leaders at the time, Jeanette Fitzsimons and Russel Norman. It was Norman who fronted at the Invercargill meeting and he was supported by his young staff member Gareth Hughes. We had over 40 attendees, including representatives from local councils and a scientist from NIWA, who also spoke. For many of those attending, the information they received was largely new to them.

At that time the reality of climate change and its human causes were still being debated in homes around the country. Nothing substantial was really being done at that time, but the fifth Labour Government had passed the Climate Change Response Act in 2002 to provide a legal framework for ratifying the Kyoto agreement and to meet obligations under the United Nations Framework Convention on Climate Change. In 2008, just before the end of their term, the Labour Government established the Emissions Trading Scheme (ETS).

When the National Government was elected later in 2008 there was an immediate change of direction. Many of National’s Ministers did not believe in the human causes of climate change and the government dismantled the ETS to the extent that many major polluters actually began receiving a subsidy to pollute and were openly committing “climate fraud”.  The National Government also stepped up New Zealand’s investment in fossil fuels and encouraging the oil and coal industries to establish new mines and drill sites.

In 2013 the Government was still denying that any action was needed to address and prepare for climate change despite a severe drought and scientists predicting more. Under National, New Zealand experienced a decade of inaction and denial and we became the seventh worst in the developed world for emissions per capita.

My family has already experienced the reality of rising sea levels when our cottage in the Catlins had a metre of water flow through it in 2014. An off-shore storm and a tide higher than any in living memory did the damage and we expect more to come. While this damage was covered by insurance it is unlikely that a repeat event will be and the value of the property has diminished. 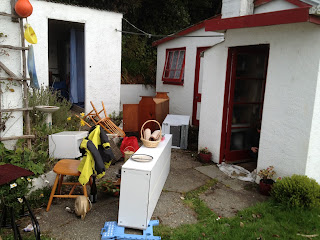 Invercargill usually expects around 1,150 mm of rain over a year, but in 2017 we received around 750mm, less than two thirds of a normal total. Last October Invercargill sweltered with a record breaking 25 degrees and since then we have been averaging in the 20s. Over the past week temperatures have pushed the mercury in our gauges to over 32 degrees, the hottest ever recorded for almost 100 years of data. The average high over the Summer months is normally only 18 degrees and anything over 20 degrees is celebrated. We are currently celebrating the occasional day under 20.

At 46 degrees latitude south, New Zealand’s southern most city has regularly been experiencing similar temperatures to cities near the equator. When we were sizzling at 32 degrees, we equaled Cairns, were 2 degrees warmer than Jakarta and Suva and 6 above Nairobi. These cities are used to such temperatures and their ecosystems have adapted to it, it has been a severe shock to ours. 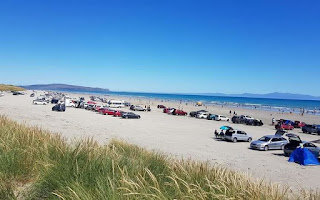 Although many in the South have enjoyed the hottest and most prolonged Summer ever, I am witnessing an environmental collapse in my precious 1/4 acre.

Despite all vents and doors being open my little green house became a pressure cooker and the temperature gauge in it hit around 50 degrees causing my crop of grapes to brown and shrivel. 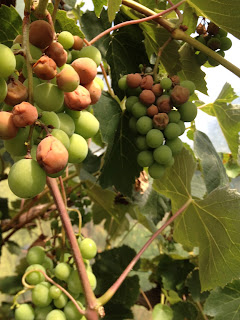 My lawn gave up its green some time ago and is browner than at any time in the twenty five years we have lived here. This may be common in Central Otago, but not Invercargill. We have only had 9mm of rain since the beginning of the year (we could expect 63mm on average). 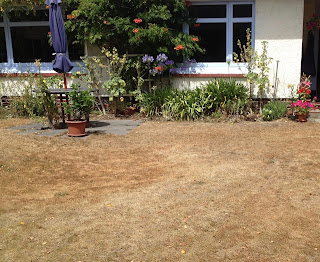 I have been hand watering the vegetable garden and our flower beds most evenings and use mulch to retain moisture. However, I was shocked when over the past few days many of our trees and bushes produced evidence of stress and water deprivation. The leaves on our apples trees suddenly turned brown. 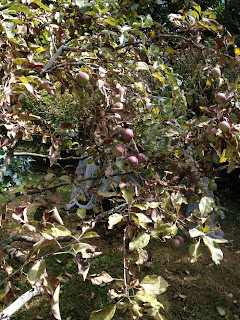 Our magnolia, fruit bushes, native shrubs and trees and even our large silver birch have all been badly effected. Some may never recover. 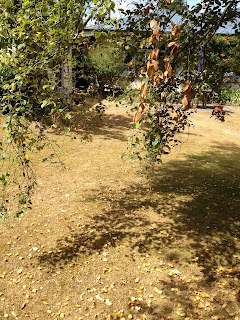 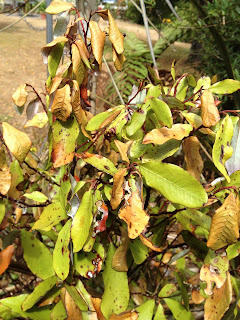 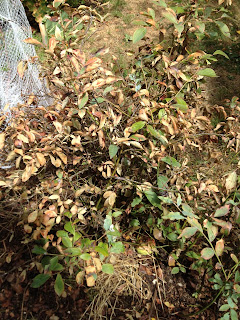 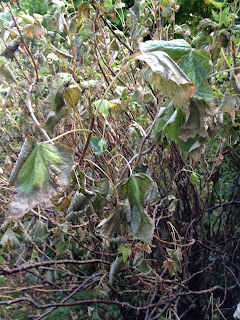 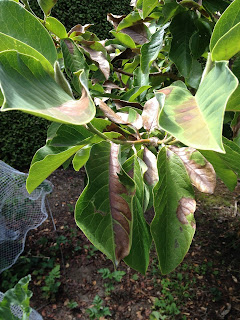 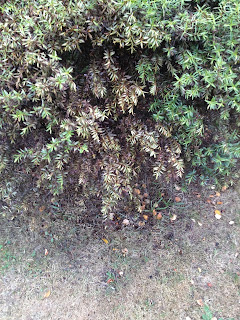 Obviously I am not a drought stricken farmer, whose economic survival is at stake, but this is the garden that I have invested 25 years into and have planted and nurtured many of these plants over that time. I have done my best to engender a greater awareness of climate change over many years and now that its effects have become super-personal I am very angry at those who I hold partly responsible.

I am angry with the previous government that ignored advice and promoted fossil fuel madness instead (encouraging mining and drilling and spending billions on new motorways.) I am angry with Fonterra for pursuing a high greed agenda that wasn’t sustainable and was largely responsible for the huge increase in methane emissions. I am also angry at all those in the US who refused to vote responsibly and not consider our children and grandchildren’s future when they voted for Donald Trump. The world’s 2nd biggest polluting nation is now being led by an ignorant man who puts his country’s coal industry before the future of the planet and my garden. 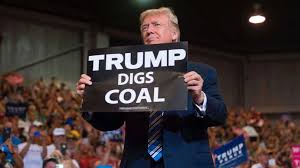