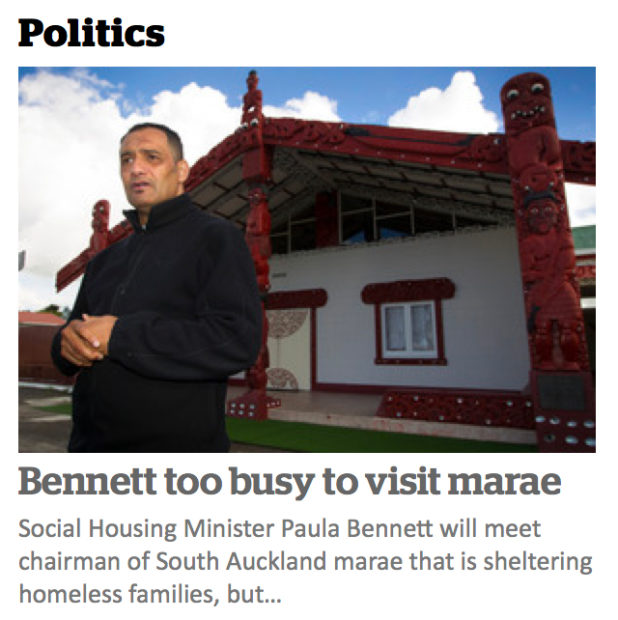 Let’s fix that headline: Bennett too embarrassed to visit marae .

She told reporters at Parliament that the Government was considering giving the marae more funding on top of $10,000 already donated by Te Puni Kokiri.

“I’ve discussed it with officials and we are just going through what that might mean. So I suppose the answer is possible,” she said.

“I’m not sure [how much could be given]. I’ve had some discussion with officials…the Maori Party raised it with me the other night, so I’ve said that I would have a look at it.”

The very least she could do.

“The minister does actually have a very full day tomorrow because it’s her only day in Auckland once a week so she packs a lot in.”

72 comments on “FIFY: Bennett too embarrassed to visit marae ”