National Ltd™’s Todd McClay was up to his usual tricks in Parliament this week.

McClay’s speciality is helping mop up National Ltd™ messes. He’s had a lot of practise. His deeds this year range from denying a minor MP was caught out in a bald-face lie through to the roll-out of a sophisticated strategy designed to obfuscate National Ltd™’s possibly-illegal, multi-million dollar bribe to a Saudi Arabian farmer.

This time, McClay was helping mop up John Key’s stunning, world-stage display of hypocrisy in Paris. McClay was asked in Parliament how much revenue New Zealand had forgone due to National Ltd™’s 700 percent increase in fossil fuel subsidies. Careful not to implicate himself for misleading The House, McClay said he could not answer the specific question because he had “been advised” no such data exists.

It does seem odd, though, that McClay’s immediate predecessor was able to provide precise figures when the exact same question was asked in 2012. Curiouser and curiouser is the fact that a stated goal of National Ltd™’s official, APEC-assisted, peer-review of New Zealand’s fossil fuel subsidies was . . .

. . . promoting transparency around present fossil fuel support measures more broadly (including subsidies), and drawing lessons from past reforms of these measures; promoting ambition for reform of inefficient fossil fuel support measures by maintaining a free and frank dialogue; and, building political awareness of the issues around reform . . . 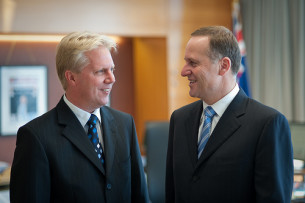 From the private sector, among those helping McClay mop up was PwC’s “Tax And Private Business Leader”, Geof Nightingale. His approach was plain ole denial. Apparently, in his version of reality, there are no “subsidies or concessions for [fossil] fuels and the regimes they operate under.”

As a High Priest in the Cult of Neo-Liberal Economics, Nightingale can get away with that statement because, according to the ideology, such subsidies are not subsidies. Rather, they are just one of the many nifty work-arounds neoliberals have concocted for what they call “distortionary behaviour”. Outside the world of imaginary economic theories, this particular “distortionary behaviour” is actually the legal requirement for international corporations to pay tax and the full cost of their own speculation in the countries where they operate. 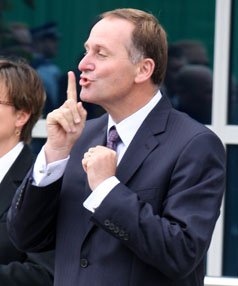 Shhhh . . . tell them there’s nothing to see here and it will all disappear into the Christmas break.

17 comments on “Mopping up the fossil fuels subsidy shame ”