It occurred to me this morning that the word groundswell was a good fit for those New Zealand’s farmers flexing their political muscles at parliament today. Groundswell works against nature, on the farm and in its politics. Groundswell for the most part represents the farmers who don’t care that much about the climate crisis, nor about nature.

The soil food web below is core to all life on earth, including humans and what we eat. It isn’t a part of conventional farming, and conventional ag usually has negative impacts on soil life and is degenerative over time. A few thoughts on the context of today’s protest,

This is how Groundswell want to be allowed to farm, 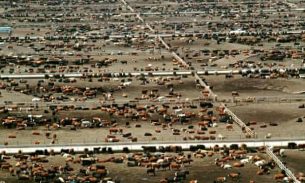 This is what we could have instead, 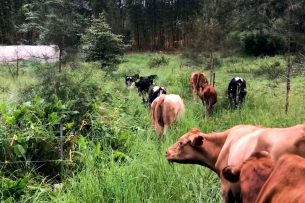 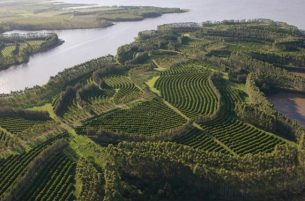 My suggestion is that the government and farming sector brings in subsidies for farms to transition to regenag, organics or similar. This supports farmer to keep farming, and puts ag on an immediate track to address climate change and restore ecosystems. The culture needs to change, money will help because many farmers are trapped by economics and a system that won’t support doing the right things.

New Zealand as a whole should pay for this (export earnings support our lifestyles), but there should be conditions on those subsidies.

In order to do that we need major research and development into regenerative systems, and we need to train/recruit people into key farm advisor positions.

If you’re pissed off with Groundswell, don’t worry about it, vote Greens next year. Here’s their agriculture policy, Farming for the Future. The more Green and Māori Party MPs we have, the more the culture will change towards life.

42 comments on “Groundswell or Deep Earth? ”