The Standard’s authors have offered candidates for the upcoming Labour Party internal elections the chance to guest post about why they’re running. Eva Hartshorn-Sanders has been nominated for the position of Senior Vice President.

lprent: Note that, like all campaign for party position posts, this post will be fully moderated to prevent excessive trolling. So expect delays before your comments appear.

Every morning when I check the news I see another reason why we need a Labour-led Government; why we need to win in 2017.  There is serious underfunding in education, health and the public services we rely on.  Teachers, doctors, nurses, police officers and others working in the public service are undervalued, over-worked and under-paid.  Schools need a serious boost in their operations’ budgets and kids need smaller class sizes.  Patients aren’t getting the operations that they need and too many are being fobbed off from even getting onto a waiting list, let alone seeing a specialist.  Workers are increasingly vulnerable and the Government is doing nothing to solve the holiday back-pay debacle.

I’m part of a generation facing the sharp end of National’s poor government. They’ve let young people down by not keeping house prices affordable, by introducing youth rates and the 90 day fire at will trials, and by limiting access to higher education and apprenticeships.  I finally finished paying my student loan off a couple of years ago in my early 30s.  I want the next generation to be able to follow their passions and start their careers without the albatross of debt around their neck.

But first we have to win!  And to do this, we have to work as part of a broader movement.  Labour is the leading opposition party in Parliament and our MPs and staff work incredibly hard to make a difference there.  As a Party, we also need to make sure that we hear the voices of those outside of Wellington.  We need a Party that is well-connected to its members and the wider public.  We all have networks and connections that we can tap into, and we need to start having those conversations now; listening to what people care about and understanding what needs to happen.

This is how we build a 2017 strategy that motivates our grassroots on core issues and inspires the next generation of voters who are looking towards a future with greater opportunity and security. Next generation politics for Labour requires courage and a collective agenda to achieve prosperity! 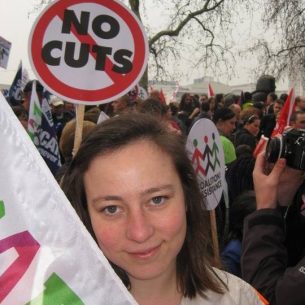 The more we reach out, the more power we can build as a movement and the more change, good change, we can make together.  Building these bridges, bringing Labour Party members, supporters, and other progressive New Zealanders together, that’s crucial to winning.  Not just winning for its own sake but winning meaningfully, with a real mandate to make progressive change for all Kiwis; whether it’s building state houses or 26 weeks’ paid parental leave, or three years’ free tertiary study and a boost to apprenticeships for young people, supported by a real investment in careers advice at school.

I decided to stand for Senior Vice President because I want to step up what I’m already doing to help Labour through the election and after we win.  It’s not a glamorous role. It’s about good governance, focused on strategy, policy, campaigning, understanding electoral regulations and identifying risk.  The SVP needs to have a national focus, identify and solve problems before they become an issue, and have strong relationships with all parts of the Party to make sure we’re on the same page.  It means working effectively as part of a team, campaigning and fundraising leading into the election – supported by the Fraser House team, who are the experts in this area.  And it means building our network of supporters outside the Party so that we have the momentum to win.

I grew up in Hawke’s Bay and went to a low-decile high school with a big Māori and Pasifika population.  Those formative years helped to cement my strong sense of social justice, the need to address inequality, the need for a partnership approach and inclusiveness – not just because it’s the right and fair thing to do but because, in a post-settlement New Zealand, Māori will play a major role in shaping our future and Labour must be partners in that.

Workers’ rights are important to me. Throughout University, I volunteered at the Workers’ Rights Service – a not-for-profit organisation that provides free employment advice and advocacy for workers who don’t have access to a union; and I continue to train new advocates of this service.

I also remember how vulnerable I was in my first few jobs as a young person, when I found out that I was being paid under the minimum wage or less than guys doing the same job, or when I had split shifts and was told to come back a few hours later when they would be busy again.  I now work for a trade union and I’m a member of E tū, Labour’s largest affiliate.  I’m a member of the National Affiliates Council (the governing body for the New Zealand Council of Trade Unions) and Co-Convenor for the CTU Women’s Council. 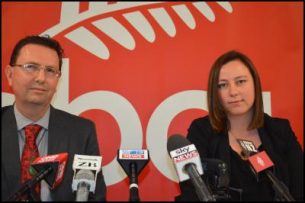 I have worked in law, policy, campaigning and organising.  This includes nine years working in Government in NZ, two years as a senior legal and political adviser for the (Labour) Leader of the Opposition in the UK House of Lords, private practice and now at the PPTA as a public and employment lawyer.  As part of my job, I travel the country speaking to union members about the issues that are important to them, in their schools and communities.  I have strong links with women throughout the country through my pro bono work for the National Council of Women and the New Horizons for Women Trust.  I have governance experience as a Board member of New Horizons, focussed on governance, policy, sponsors and donors, audit and risk, and for the State Sector Retirement Savings Scheme, where I helped to ensure that members were able to access their whole pension for the purposes of their first home loan.

Over the past four years I’ve been doing my bit for Labour by providing constitutional and legal policy advice to NZ Council and Fraser House.  This includes writing the Labour leadership election rules and helping to run that process twice as the Deputy Returning Officer, providing advice to the Party, candidates and campaign managers through the General Election period, helping to run the selection process and campaign for the Ikaroa-Rāwhiti by-election, and co-authoring the plain-English rewrite and recent amendments to the Labour Party’s Constitution.  I’ve also had my fair share working at the grassroots level, knocking on doors, phoning voters, putting up signs, donating prizes and attending fundraisers.

Unity is more than just an accommodation. It’s about being properly and actively inclusive of all of Labour’s people. We are the Party that has always fought for the rights of all New Zealanders and I believe we are the Party that represents everything that is good about New Zealand and its progressive beliefs.

That’s why, when I decided to stand for SVP, I met with as many parts of Labour as I could and asked what they wanted from the SVP and if they would support me. And it’s why I have nominations from around the country including Hauraki-Waikato, Christchurch East, the Rongotai Women’s Branch in Wellington, and Botany LEC in Auckland. The most important thing we can do as a movement is to look after each other and listen to each other. That’s how we make things better, and that’s why I’m standing for SVP.

The vote for SVP takes place at this year’s Annual Conference in Auckland in November.  If you or your LEC would like to talk to me about this before then, then flick me an email at Labouroflove2016@gmail.com.  I really appreciate all the support you can give and am always here for a chat if you have any questions.