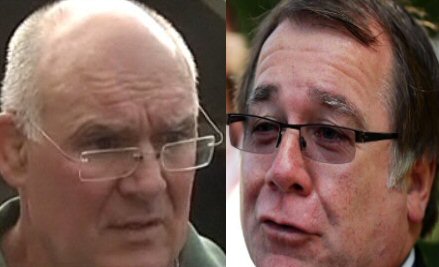 It seems former All Black Andy Haden will keep his job as Rugby World Cup Ambassador after having apologized and withdrawn his allegations that the Canterbury Crusaders have a limit on the number of Polynesian players they recruit.

Fair enough, perhaps. But Murray McCully’s decision to not “shoot” Hayden on the grounds that if he did “there wouldn’t be enough people left in New Zealand to do anything” leaves a few questions unanswered. McCully has carefully made the debate about whether the use of the word “darkies” is acceptable for a high profile Sports Ambassador of New Zealand. I would have thought not myself, and Paul Homes ultimately lost his job over calling Kofi Anan a “cheeky darkie” – but there you are. Some Kiwis do, after all, use terms of racial abuse as terms of endearment amongst their friends, dysfunctional as that may be. And perhaps we shouldn’t be surprised by such standards of decorum, even amongst our ambassadors, after Key’s example of calling Tuhoe cannibals. More importantly, it’s not the central question.

Infantile language aside, the question McCully is more desperately avoiding is what Haden said: is it true that the Crusaders have a race based selection policy?

If that is the case, the recent apology to Maori All Blacks from the NZRFU for their racist selection policies would be as hollow as the Government’s  commitment to DRIP. It’d also look quite ugly in the lead up to the RWC, so surely an issue like this ought to be investigated by an independent judge quick smart, to put the matter to rest and ensure there really is no room for separatism in New Zealand rugby.

But the Crusaders’ selection policy is precisely the question McCully really wants to avoid and won’t take any responsibility for investigating.

Which raises my other question. Why did Haden say what he did? Haden seemed pretty adamant that what he was saying was true, initially saying that it was “in their articles”, later retracting that claim but reaffirming that Crusaders have a very clear de facto policy of not having too many “darkies”, to “keep a certain flavour” and that “it worked well for them”. Haden also claims other All Backs agree with him.

Why did he say that? Is it because Haden knew that the former Crusaders Chief, and now NZRFU Chief Executive Steve Tew would be embarrassed? Maybe it was payback for Tew’s apology for the NZRFU’s past support of apartheid rugby, which back-handedly condemned people like Haden who organized the first Cavaliers Tour to apartheid South Africa in 1986?

Is it because like Paul Holmes he lives for, and makes a living from, media attention? Perhaps Haden sincerely believed what he said but just has very poor judgement and shoots his mouth off without thought or evidence? Either way, not the best qualifications to be an ambassador I would have thought. Regardless of the darkie word angle, one has to wonder if there are any standards at all expected of our ambassadors? Are there really so few ex-All Blacks that the RWC can’t afford to substitute Haden for someone else, or is it that our Government doesn’t see this sort of behaviour by our ambassadors as anything to be concerned about?

On the other hand, perhaps Haden sincerely believed what he said, has evidence to support his claims, and said it because it’s an issue he wants cleared up. In that case, when a giant of All Blacks history and a Rugby World Cup Ambassador makes a claim a few months before the RWC of racially separatist selection policy occurring at the highest levels of contemporary New Zealand rugby, there is no way a government can try sweeping it under the carpet – especially when the NZRFU has just made a formal apology for its racially separatist selection policies!

An inquiry is necessary to clear up whether what Haden claimed is true or false. Only then will McCully be able put this one to rest.