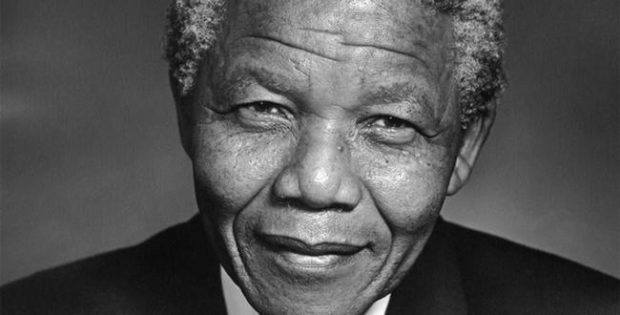 It is Nelson Mandela’s 100th birthday. Happy birthday to him. If he was alive today he would be 100 years old.

He showed uncommon strength in being imprisoned for his belief that the black people of South Africa deserved to be treated equally with their white counterparts. He spent decades in prison but always remained the spiritual leader of the resistance movement. When he was released he then led South Africa through the post apartheid years and maintained peace and a just transition to a fairer and more just society. Sure South Africa is still grappling with the consequences but you do not eliminate the scars caused by apartheid over night.

Interestingly US intelligence papers were recently released. Short version the United States Government thought he was a communist and a terrorist until late in his life.

Thousands of pages of U.S. intelligence documents on Nelson Mandela were made public on Wednesday, revealing that Washington continued to monitor the South African anti-apartheid hero as a potential Communist menace even after he was released from prison, a group that sued to obtain the papers said.

The Washington-based group Property of the People released the papers to mark the 100th anniversary of Mandela’s birth. It said it obtained them after years of litigation.

“The documents reveal that, just as it did in the 1950s and 60s with Martin Luther King Jr and the civil rights movement, the FBI aggressively investigated the U.S. and South African anti-apartheid movements as Communist plots imperiling American security,” the group’s president Ryan Shapiro said in a statement.

“Worse still, the documents demonstrate the FBI continued its wrong-headed Communist menace investigations of Mandela and the anti-apartheid movement even after U.S. imposition of trade sanctions against apartheid South Africa, after Mandela’s globally-celebrated release from prison, and after the fall of the Berlin Wall.”

South Africa’s first black president, who died in 2013 and remains a global icon for his struggle against apartheid and message of reconciliation after 27 years in prison, was regarded with suspicion by Washington during the Cold War and remained on the U.S. terrorism watchlist until 2008.

When will America learn that standing up for your fellow people and insisting on the observance of human rights does not make you a communist.