Has DPF lost his mojo? 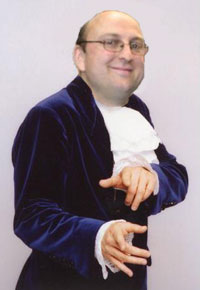 I dropped into the National Party’s Kiwiblog again last week and I must say it looks like party insider David Farrar may well be losing his “mojo”.

I mean really? He’s been comparing Helen Clark’s policies to “gassing the Jews”? and running lines like: “the Government only thinks that if you question them you are evil, stupid or insane”? This is not the well crafted spin we expect from DPF, nor does it fit with the comment he made to our man Tane about Kiwiblog not being a sewer.

Add to that his paranoid ranting about people trying to steal his identity, his vociferous attacks on anyone questioning his spin, his stalking posters to his comments section and intimating threats about removing their anonymity. And just yesterday morning he’s calling for people to help him censor “objectionable” posts (one assumes “objectionable” wouldn’t include his gassing the Jews rant). The question has to be asked & is DPF losing it?

The answer seems to be yes. And, unsurprisingly, those with dissenting views have slowed their posting and, equally unsurprisingly, the number of people commenting on his posts now seems to be falling. I’d imagine it’s going to be pretty hard for him to continue to sell himself as an independent political commentator or “unofficial” propagator of National Party lines if he keeps this kind of behaviour up. And then what use will he be to the party? Not much, to be sure. Watch this space.

Oh, and I had another look at Kiwiblog this morning and found Farrar has been citing Matthew Hooten as a source. Funny thing is both of them are involved in National Party strategy and both of them have recently made Nazi references in relation to Labour. Perhaps this will be the party’s new campaign strategy? I can see it now: the “dancing brownshirts” advertisement. How can anyone take either of them seriously???